Renault India's new compact MPV has been snapped testing just outside the Renault-Nissan alliance plant in Oragadam. The upcoming seven-seater MPV is expected to measure under four-metres, making it a direct rival to the Datsun GO+ and the Maruti Suzuki Eco. 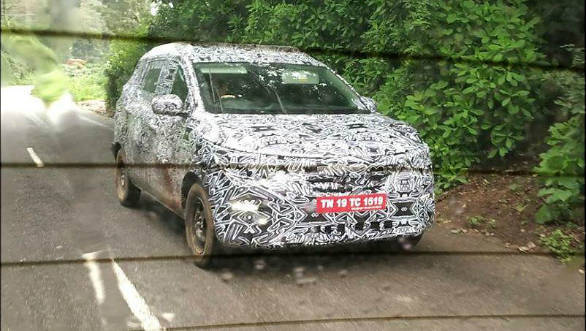 The spy pics reveal a few details of the Renault MPV, codenamed RBC. The RBC will be based on a modified version of the CMF-A platform that underpins the Renault Kwid. The wheelbase will be longer than the Kwid's and we expect a slight increase in width as well. The front and rear overhangs are quite short in an attempt to maximise interior space. While the car is wrapped thoroughly in camouflage paper a close look gives an idea of what the frontend would look like. The headlamps, for instance, appear to be quite large, flanking the cascading grille with the Renault lozenge in the centre. The top variant will get LED DRLs that have been placed above the fog-lamps. The interior should be similar to the Kwid's with a similar set of equipment as well. 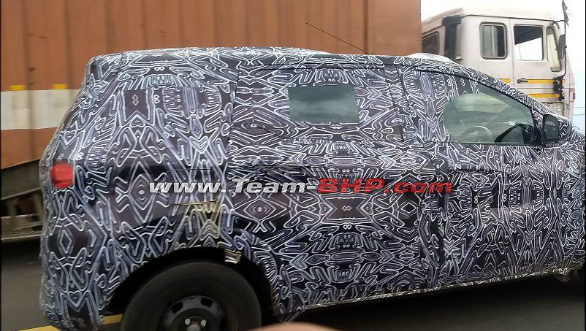 While there is no word on the engines that will power the RBC, we expect Renault to plonk in a turbocharged version of the 1-litre engine that powers the Kwid.