The new Mahindra Thar is out of the factory gates, undergoing a series of real world tests. So while at it, the new Thar was photographed by our intern, Kalen Vaz on the Mumbai-Pune expressway. This is not your regular nip and tuck but is expected to be more of a significant job. 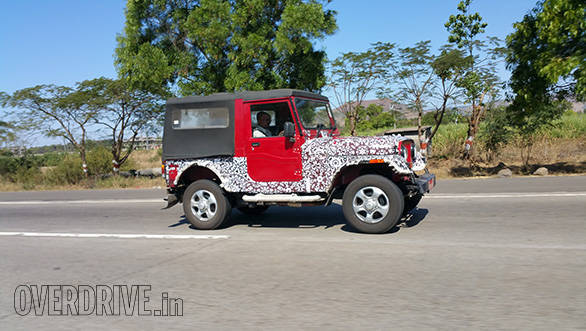 First thing will be the revised bumper and the hard top (the variant clicked is a soft top though). Mahindra will offer the hard top as an option on the new Thar. The rear also has been revised. Inside the cabin, there is a mix of beige and grey which is a departure from the rather rudimentary interiors that the current Thar commands. Looks like Mahindra has taken feedback positively.

Even the meter dials and steering wheel have been revised. The three dials look fresh and have chrome outlines to them. Expect some digital elements in the speedometer as well. While we do not have images of the steering wheel yet, our intern maintains that it looks like the one in the Bolero. Mahindra has also added cup holders in the cabin. 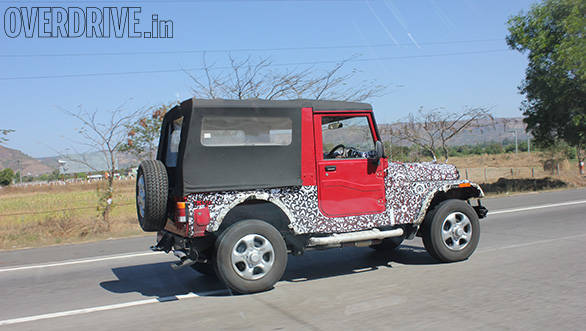 And here's the fun part - the Thar will get the modern 2.2-litre Mhawk engine from the Scorpio. While the power output as of now is unknown considering that the same engine does duty under other Mahindra SUVs in various states of tune, expect it to have revised gear ratios better suited for off-roading and enough grunt to be comfortable on the highway. At the time of this inadvertent  photo-shoot, the refreshed Mahindra Thar was cruising quite comfortably at triple digits speeds.

Apart from this, the new Thar will also get an optional Mlocker from Eaton. The Mlocker provides more traction when travelling on gravel, dirt, mud, wet or icy roads without the need to press different buttons for different terrains. The moment the system detects that improved traction is no longer required, it resumes regular operation.

There will be a price hike when the new Thar goes on sale. We expect the 2015 Mahindra Thar to be in showrooms within the next couple of months.