Mahindra is set to launch a refreshed Genio soon and spy shots of the pick up have begun surfacing on the Internet. The images reveal a bold new front end that bears no resemblance to the Xylo that the current Genio derives inspiration from. New design features include-   refreshed grille, headlamps, bonnet and bumpers. The grille design is unique and sports a row of blocks that look unlike the usual saber tooth grille design that's usually seen on Mahindra vehicles. The headlamps are multi-reflector units with clear lens indicators. The bonnet feature two prominent crease lines that extend from the base of the A-pillar to the leading edge of the bonnet adding a dollop of bulk to the pick up truck. The bumper has larger air dams but come with the same, circular fog lamp housings, outlined by a reflective strip. Mahindra will probably sell the foglamp as an accessory. The new Genio will also get body coloured mirrors. 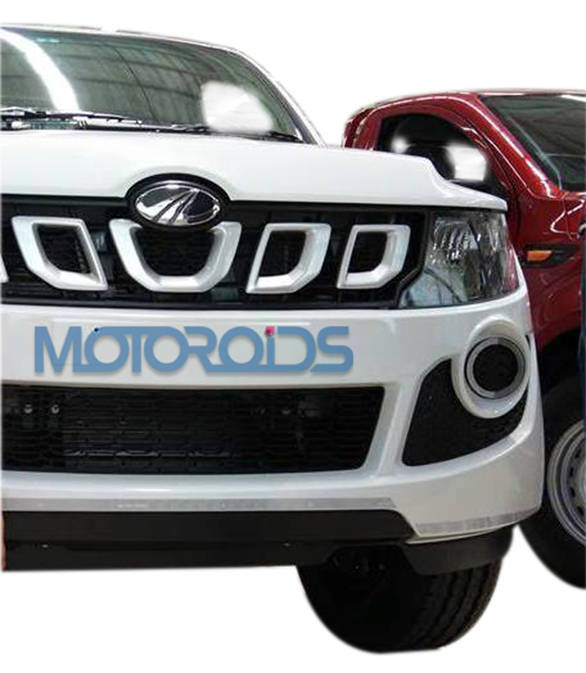 At present, the Mahindra Genio is offered in single cab and dual cab versions and Mahindra will offer the same configurations in the new Genio too. Expect the new Genio to get the same 2.5-litre m2DI CRDE diesel engine that produces 76PS and 220Nm @ 1400-2200rpm