Spied: new Honda Activa 3G at a dealership in India

Honda Two Wheelers India has big plans for 2015. The company will be launching facelifted versions as well as new models in 2015. However, this, the Honda Activa 3G will be its first launch in 2015. Scheduled to be in showrooms come February 4, the Activa 3G is the third generation of the popular scooter and will feature a few cosmetic changes. 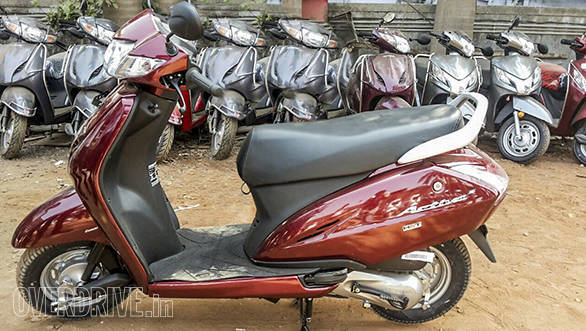 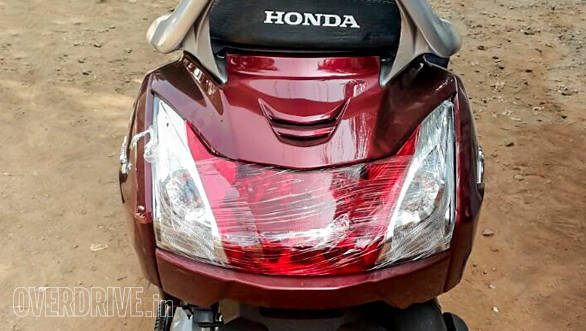 Major changes are the inclusion of a 3G badge on both sides and a blingy 3-D Activa badge. The colour palette has also been refreshed with a two new shades - blue and brown. That's just about it on the visual front. However there could be mechanical differences. The Honda Activa 3G will most likely be tweaked for higher fuel efficiency than the claimed 60kmpl of the outgoing version. Power and torque though are likely to remain the same as before - 8PS and 8.74Nm from its HET-fied 110cc heart. 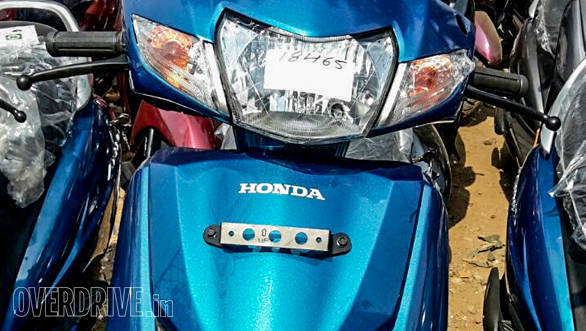 More details on the Activa 3G (including pricing and variants) will emerge tomorrow at the launch. Stay tuned to OVERDRIVE.