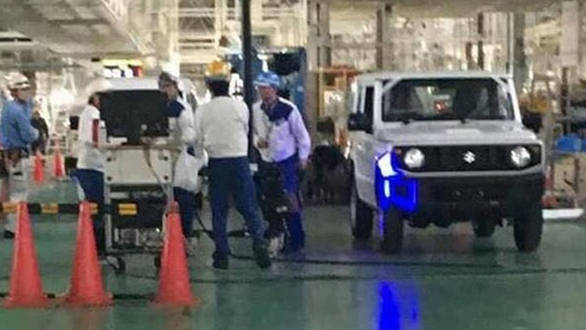 The 2018 Jimny will continue to be a 2-door design. Leaked images of renders of the 4th gen Jimny have already been floating on the internet. The front grille has a 5-slat design. It is flanked by circular headlamps on either side. The headlamp housings host separated circular turn-signals. The front bumper looks minimalist but functional and houses the fog lamps. The Jimny's flared wheel arches get a dark plastic cladding. 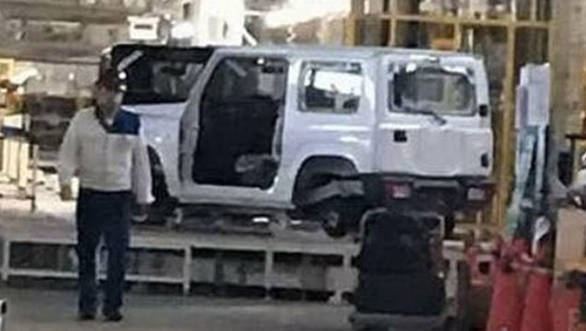 In tune with the exterior, the interior too employs a utilitarian design. The dash is simple and unobtrusive with chunky knobs for AC control. At the centre sits a touchscreen for the infotainment system. The instrumentation dials are large and the steering gets a three-spoke design. Also can be seen is the gear lever for an automatic gearbox.

Any details or specifications for the powertrain that will do duty in the 2018 Suzuki Jimny haven't been known yet. Seeing the previous generation models, the new Suzuki Jimny too might be offered with rear- and four-wheel drive variants. The Jimny is expected to go on sale in first quarter of 2018 in Japan and might be produce at Suzuki's Iwata plant in the country. 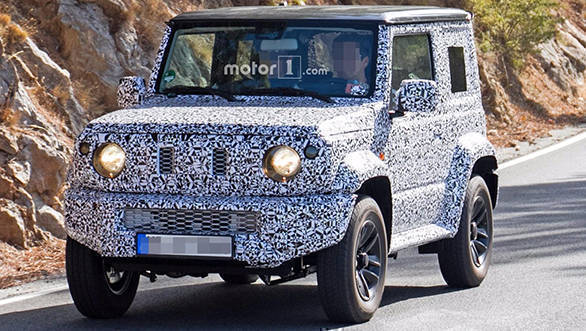 The new-gen Suzuki Jimny might be revealed at the 2018 Geneva Motor Show (Image source: Motor1)

The Suzuki Jimny is related to the Maruti Suzuki Gypsy in India since the former was the predecessor of the SUV in the international markets. Do you think Maruti Suzuki India should consider bringing the new-gen Jimny to India? Let us know your views in the comment section below. 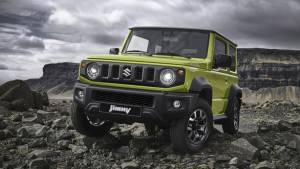