Ford India is about to launch the new Ecosport, later this year, and a few production ready Ecosport's were snapped recently at a stockyard. The interesting bit here is that one of the variants that was snapped is the Ford Ecosport Titanium S TDCi. The S variant, we assume, will be positioned above the Titanium variant with notably different styling elements. 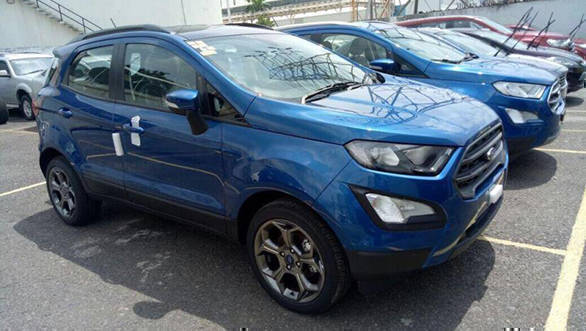 The Ford Ecosport Titanium S gets a blacked out grille, smoked projector headlamps with LED DRLs, black cladding around the fog lamps and black roof rails. The most eye catching bit though is the sporty alloy wheels that have a black-chrome sort of appearance. The wheels contrast well against the deep blue colour of the exterior and overall the S variant does look quite sporty, That said, it's not confirmed if Ford India will launch this variant along with the Ecosport facelift or at a later date. 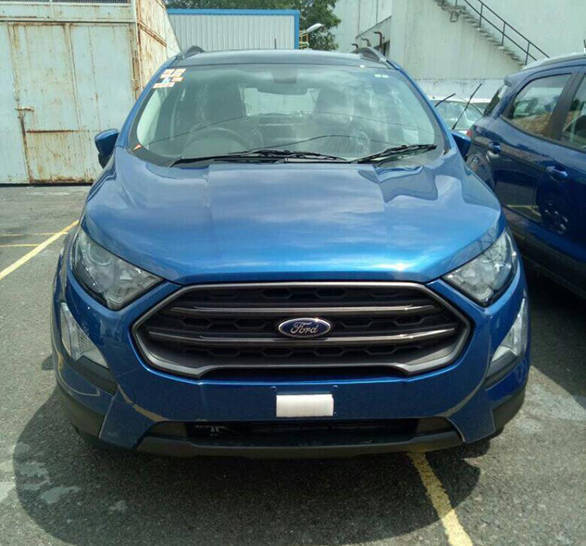 The interior in the Ecosport S is expected to be similar to the other variants of the facelifted Ecosport, except for a few sportier inlays in the dashboard. Ford has refreshed the cabin in the new Ecosport and it gets a new instrument panel, dashboard, steering wheel and other bits. The most prominent feature is the new, 8-inch touchscreen infotainment system that'll support Apple CarPlay, Android Auto and comes with Ford's SYNC3 system. 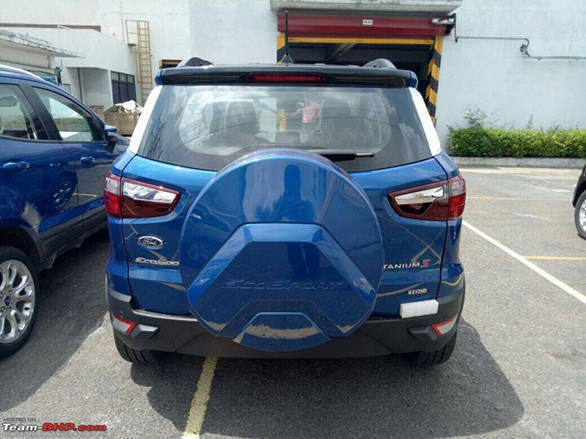 The new Ford Ecosport will get three engine options- the tried and tested 1.5-litre TDCi motor, the 1-litre Ecoboost petrol and the new 1.5-litre, three-cylinder petrol motor that it calls the Ti-VCT Dragon engine. The new motor produces 120PS and 150Nm torque. 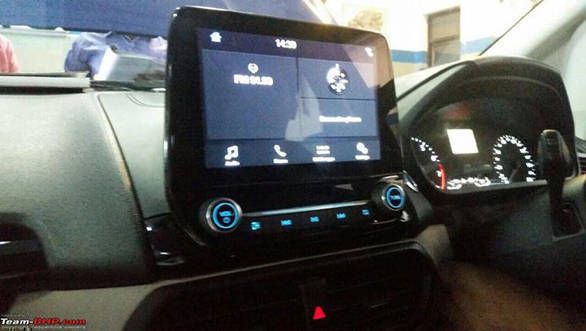 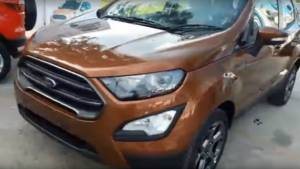 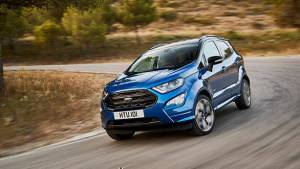 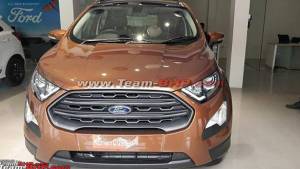