The Mercedes-Benz CLA45 AMG has been spotted on Mumbai roads. Mercedes-Benz has not officially released a launch date in India, but we believe that the car will be here by the second half of this year.  The spy shots reveal the car in its full glory sans camouflage on its way to Pune for homologation. The CLA45 AMG will be brought here via the CBU route

The highlight of the car is its engine. The CLA45 AMG has the most powerful series production four cylinder, turbocharged engine. The 2.0-litre produces a maximum power output of 365PS and a peak torque output of 450Nm. Power to the wheels is transferred through the Mercedes 4Matic All-Wheel Drive system and a seven-speed dual-clutch automatic transmission. Mercedes claims a 0-100kmph time of 4.6 seconds for the CLA45 AMG. Like most performance sedans, the top speed is restricted to 250kmph. 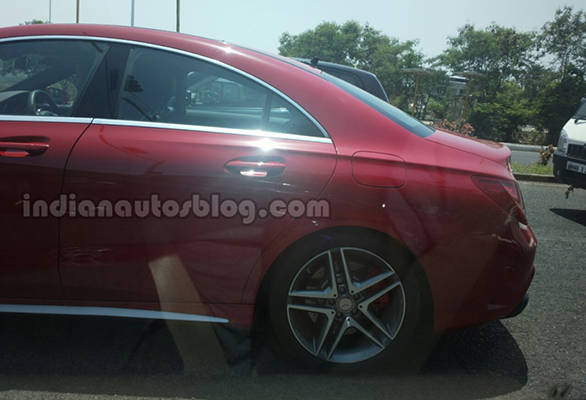 The CLA45 AMG has the most powerful production series four cylinder, turbocharged engine

Interiors get the AMG sport seats, steering wheel and gear lever. Driving dynamics are optimised with the help of the Curve Dynamic Assist and three-stage Electronic Stability Program (ESP).

The CLA45 AMG will be brought here via the CBU route. It will compete with the likes of Audi's S4 and we expect the pricing to be around Rs 75 lakh,  making it the most affordable AMG offering in India. 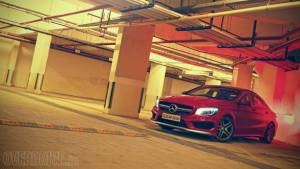 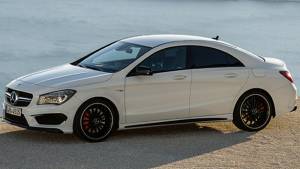