The upcoming Maruti Suzuki Swift has been spotted in India, a month before its official unveiling at the 2018 Auto Expo. The India-spec 2018 Swift was snapped without any camouflage, suggesting that it may be the car that's being used to shoot the official commercial.

The rear three-quarter image shows the tail lamps of the car as well as the alloy wheel design. Note that the tyre profile is higher than the Euro-spec model. This is done in the interest of ride quality, given the appalling conditions of our roads. 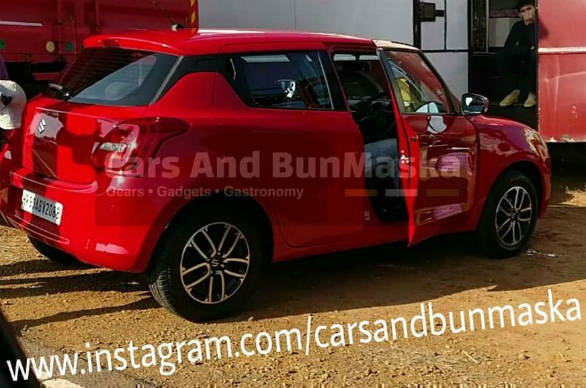 The new Swift, is the third generation of the Japanese car maker's iconic hatchback. The styling elements are unmistakably Swift as the designers have tried to maintain the car's identity. The blacked out A and B pillars, for instance, have been a signature design element for years.

As is the case with the Baleno hatchback, the new Swift also hops onto Suzuki's Heartect platform. The Swift, however, is lighter than the Baleno which should give it a better power to weight ratio. This is considering the fact that the new Swift utilise the same 1.2-litre petrol and 1.3-litre diesel powertrains.

The ride height too seems to have been jacked up, again a measure to ensure the bottom of the car does not scrape while driving over speed breakers or uneven surfaces. Maruti Suzuki worked hard to fine tune the ride and handling on the new Dzire and we expect something similar with the Swift as well, albeit in a slightly sporty setting.

The Heartect platform should also translate to better cabin space than the predecessor. The Swift will also get the same dashboard and steering wheel that you see in the Dzire, however, it will be all black instead of the black and beige dual tone dash on the Dzire.

The new Maruti Suzuki Swift, as we've mentioned before is all set to be unveiled at the 2018 Auto Expo on February 9, 2018. Stay tuned for all the details. 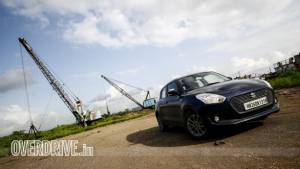