The compact SUV segment in India is a cash cow for every manufacturer that has a presence there. It all started with Premier Rio, which ironically hasn't tasted the success that now latecomers have. Speaking of latecomers, Hyundai will be one of them. One of India's largest exporter of cars, the Korean manufacturer has been diligently working on a compact SUV. The car in question is the ix25 and yes, it has now been spotted testing in India. 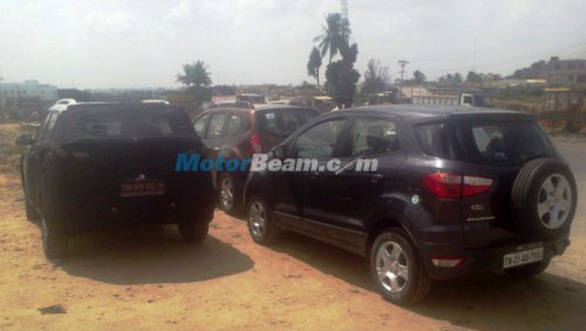 The Hyundai ix25 in India was spotted testing at the NH7 highway in Hosur, Tamil Nadu. It was been benchmarked against the current segment leaders, the Renault Duster and Ford EcoSport. While the EcoSport has a length just under the 4-metre mark, the Duster is a good 300mm more. However, the ix25 sits between both at 4270mm. Hyundai has given the ix25 a wheelbase of 2590mm compared to 2673mm of the Duster and 2520mm of the EcoSport. The ix25 looks like a mini Santa Fe, however, with boxy proportions. It carries forward the latest Fluidic Sculpture Design 2.0 and overall hasn't strayed too much from the ix25 concept which premiered at the Auto China 2014. 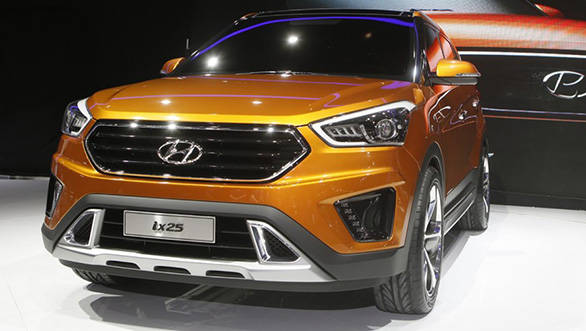 Based on the new i20 platform, the ix25 should carry forward the same interior package as the hatchback. Expect it to have decent ride and handling. As far as engines are concerned, we expect Hyundai to use the 1.4 U2 CRDI motor and the same displacement petrol one as well. The power output may be tweaked from that of the i20's to compensate for the extra weight. 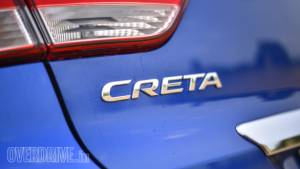 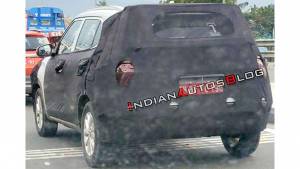 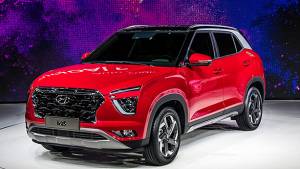