Spied: 2018 Ford Mustang spotted testing in the US

The 2018 Ford Mustang has been snapped testing in Michigan, USA. The Mustang is due for a mid-life makeover and is expected to sport a few and mechanical visual tweaks. 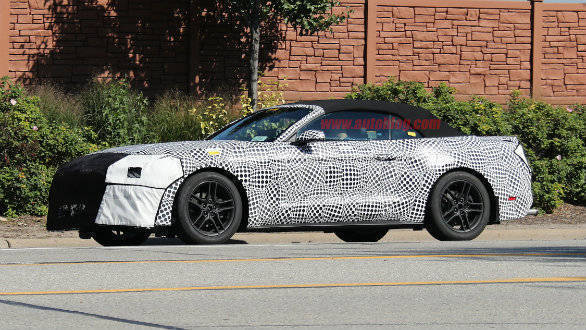 The image reveals the silhouette of the car which looks similar to the current model. While it's difficult to pin point the exact changes, thanks to the heavy camouflage, we expect the new Mustang to get a revised grille, headlamps and tail lamps. There could be a few tweaks to the fog lamp design and the air-dam too. Look closely and you'll notice a  factory fitted quad-pipe exhaust, which may be offered with the V8 engine option. This also could mean the bumpers will get a few revisions. 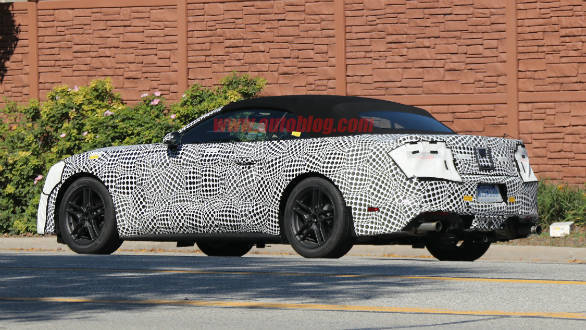 Besides the exterior refresh, Ford is also expected to introduce a 10-speed automatic gearbox in the Mustang. Ford may also bump up power and economy throughout the engine range. 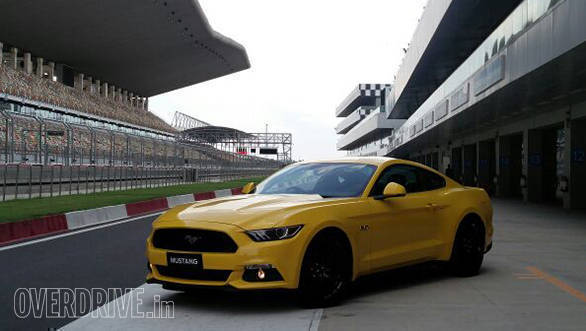 The Ford Mustang GT was launched recently in India at Rs 65 lakh. We've tested the car in India and were pretty impressed with its performance, features and the glorious sound of the V8 motor! (the only engine option available in India, for now). The engine develops 401PS at 6,500rpm and 515Nm at 4,250rpm. It's mated to a six-speed dual clutch transmission.

We also drove the Ford Mustang with the new Ecoboost engine. You can read the review
here.