Hyundai launched the i20 in 2008 in India to resounding success. Hyundai then gave the car a fluidic facelift and revisions to the powertrain in 2012. Inspite of fresh competition, the i20 with its splendid features and comfort inside the cabin has been steadily raking up the cars. However, we all know that the current car is now due for a generation change given the product cycle changes that Hyundai carries out for its vehicles. OVERDRIVE reader Manoj Prabakaran recently spotted the all-new i20 testing in Vellore in Tamil Nadu. 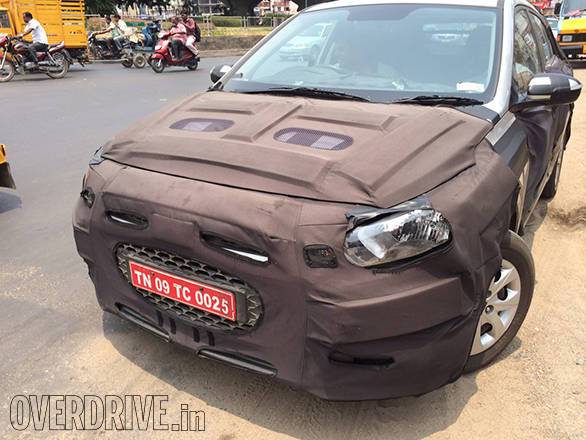 The new Hyundai i20 is larger than the car it replaces. It is expected to feature an evolved design language of the hugely successful fluidic sculpture, however going by the spy pics the car seems to carry the less dramatic but smart 'Storm Edge' design language seen in the latest Santa Fe. The signature hexagonal family grille also seems to be present. The car is noticeably larger than the current model, we expect the car to measure just under 4m to benefit from lower taxes. Expect the car to be one of the largest hatchbacks to go on sale in India. The side profile seems to have changed the most with a coupe-ish low roofline at the rear. While these spy shots show a bulbous rear end thanks to the padded camouflage, undisguised spy shots from Europe point at boomerang-shaped tail lamps. The boot space volume is expected to have also increased from the current car. 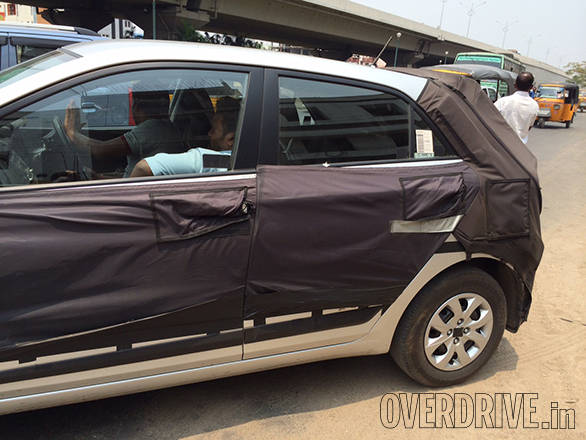 While there are no interior images at the moment, we expect t he car to better to match or better the features found in the current i20 in India. If the Gran d i10 and Xcent are an indication, then we shouldn't be disappointed on this count. Also the 2015 Hyundai i20 is expected to be much more spacious inside than the outgoing car. However that sloping roofline may eat into the rear passenger headroom to some extent. 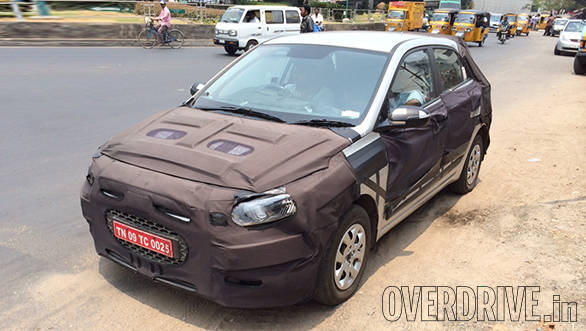 Hyundai now has a proving ground in Nurburgring and testing as also inputs from this facility are expected to hone the ride and handling of the i20. Hyundai cars are not exactly known for their handling prowess and time spent at the Nuburgring will definitely provide a solution to this anomaly.

The 2015 Hyundai i20 is expected to continue with the existing and all-new engines the car will feature the 1.2l Kappa petrol while the diesel version is expected to feature an all-new 1.5l diesel. Both the petrol and diesel will mostly be available in both manual and automatic transmissions. More details are expected to be revealed at the upcoming Paris Motor Show where the car will make its world debut. The car will be manufactured in India for a few export markets as well so expect Hyundai to launch the car very soon in India, mostly by early 2015. 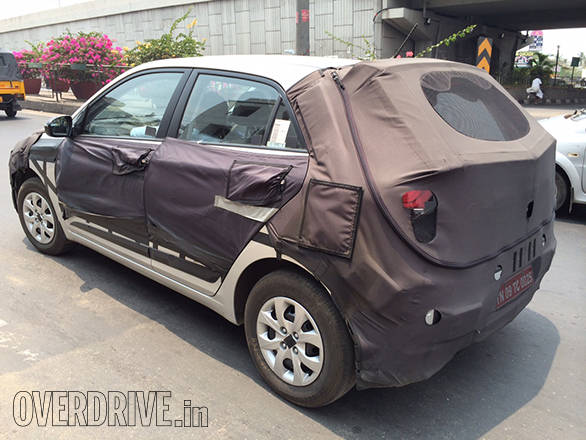 The 2015 Hyundai i20 will square off against the Honda Jazz, Tata Bolt and Maruti Swift 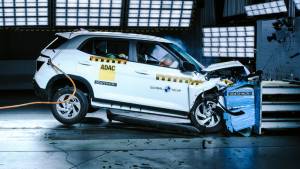 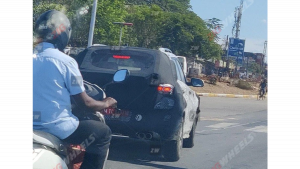 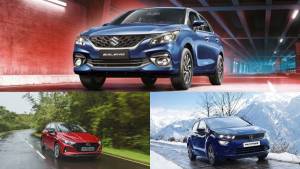