The KTM 390 Adventure, we have been seeing the test mule of the motorcycle in India and this adventure tourer has finally made a global debut at the 2019 EICMA. That said, the 390 Adventure will be launched in India tomorrow with an expected price tag of Rs 3 lakh, ex-showroom. Given that KTM is running late to the party, the Indian market has already seen the introduction of a few adventure motorcycles in the segment such as the Royal Enfield Himalayan, BMW G 310 GS and the Kawasaki Versys-X 300. 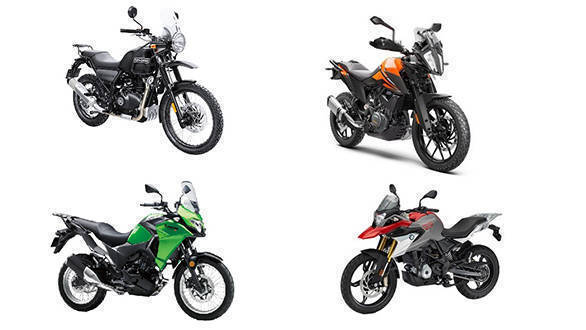 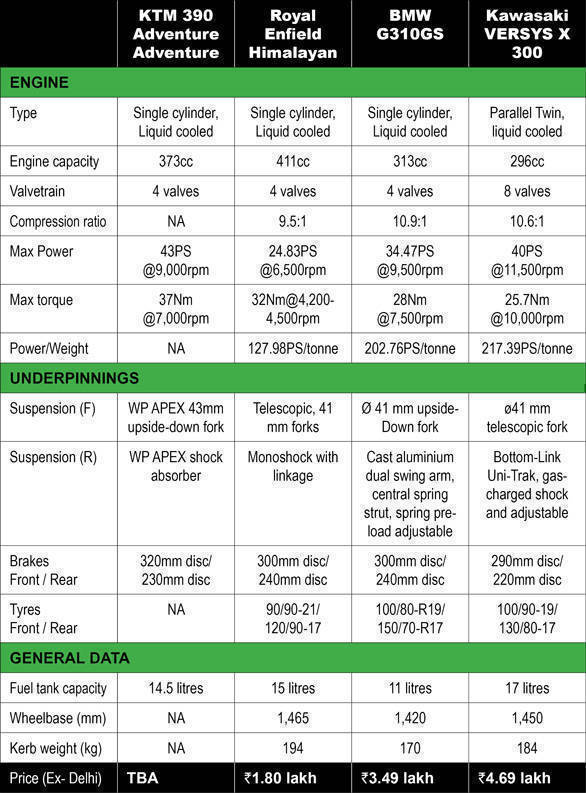 The Royal Enfield Himalayan gets the highest capacity engine, meanwhile, the Versys-X 300 is the only one here with a parallel-twin cylinder layout. The BMW G 310 GS gets the smallest engine here.

While the whole bunch gets a 6-speed transmission, the Himalayan is equipped with a 5-speed gearbox. 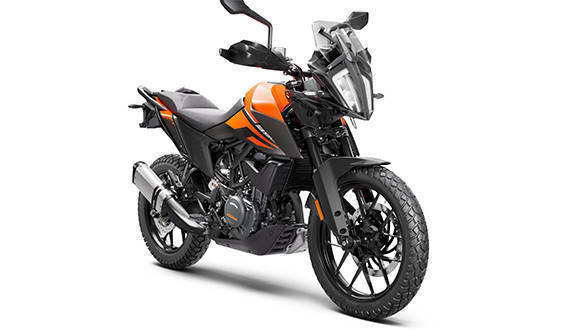 The KTM 390 Adventure gets the highest power as well as torque figure but given the Himalayan's engine tune, the peak power and torque comes in earlier in the rev range. The Versys-X 300 gets a high power figure but has the least amount of torque on offer. 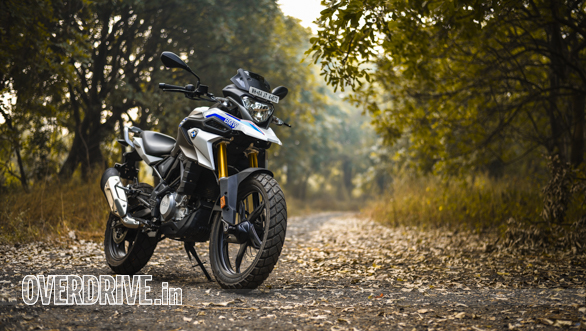 KTM has upped its game by offering a traction control system in the entry-level adventure motorcycle market. Also, an IMU-based cornering ABS system that can be turned off. Other motorcycles only come equipped with a dual-channel ABS. 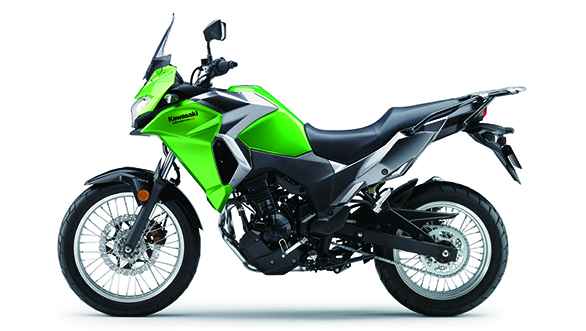 When the 390 Adventure was showcased at 2019 EICMA, the motorcycle was equipped with fully adjustable suspensions on either end. The one showcased in India misses out on the adjustable suspension. That said, the 390 Adventure still gets the beefy-est forks upside-down in the front. While the Versys-X 300 and BMW G 310 GS get 41mm upside-down forks, the Himalayan gets 41mm telescopic forks. 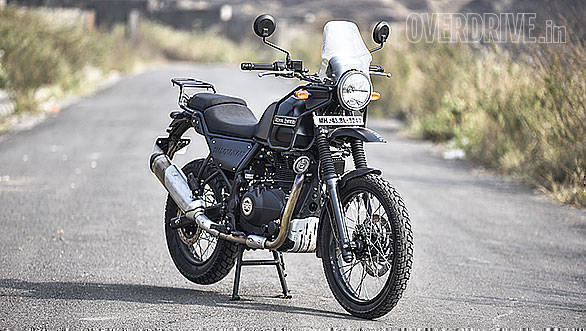 The Himalayan is the most affordable in the lot while the Versys-X 300 is the priciest. The KTM 390 Adventure is expected to have an ex-showroom cost of sub three lakh rupees which will then position it under the BMW G 310 GS as well.