The South India Rally is now set to be the 2020 Asia-Pacific Rally Championship season-opener. While it had earlier been announced that the event, which would mark India's return to the APRC calendar, was to be the second round of the championship, the calendar has now been revised, with the Indian event set to be the first round of the series. 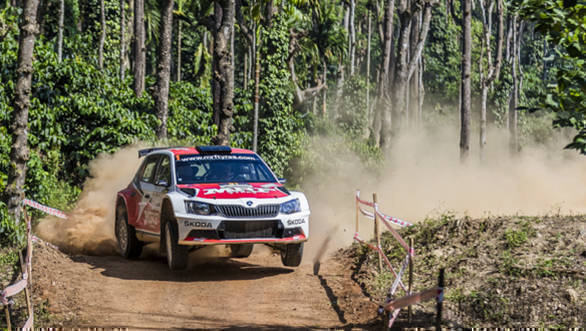 The new dates for the South India Rally have been announced as the 20th and 22nd of March, 2020. The event will be held in and around the Madras Motor Race Track (MMRT), and participants competing in the South India Rally will score points for the Asia Cup, which is the qualifying series for the APRC season finale. The first round of the 2020 Indian National Rally Championship will be run alongside the event.

The organising club for the 2020 South India Rally, the MMSC, has also released details about the rally stages that will held. A total Special Stage distance of 180km of gravel stages, plus 4km of Super Special Stage, has been announced.

In order to make the event easier on participants, the MMSC has offered free sea freight "subject to 3 cars per container on a first come first serve basis for the first 15 cars." The club also stated that they would handle the Indian port clearing/customs/inland transport from the port to the MMRT, plus "reexport the vehicles, pay for the return inland transport and local clearances."

Manoj Dalal, a senior member of the MMSC, has been announced as the Clerk of the Course for the event.