Smartphones in the driving seat

It's funny how we crave updates for our mobile phones a year down the line but are perfectly happy with the out-dated infotainment system in our cars  something which costs ten times more and stays with us for a much longer time. Manufacturers aren't entirely to blame however as their primary focus has always been building the ultimate driving experience. They would also go as far to fit in the best hardware like a multi-channel, surround sound system but when it comes to the software, this is where most falter.

Clunky interfaces  Each OEM has their own custom dashboard interface and if a third party vendor needs to make an app or product for the car, they are restricted to a particular OEM's interface. This restricts the scope of the service or product being built which in turn discourages innovation.

Steep learning curve  Every new software requires a learning curve and since most car makers don't have much expertise in this area, they are more often than not poor. Besides being slow and clunky, there's barely any scope of expanding functionality with either as updates are few and far between.

Building a mobile OS for the car is not an issue. Building a good one is, especially one that's familiar to use and has the potential to incorporate plenty of third party functionality.

The good news is that we already have software moguls like Apple, Google, Microsoft who have tried and tested OSes and a wide ecosystem of apps and services. Rather than trying to develop a breakthrough infotainment from scratch, car makers are taking the easy (not to mention smart) way out by adopting popular mobile OSes as an add-on to their system.

This is the evolution of Apple's 'iOS in the Car' concept announced during WWDC last year. Once connected via the Lightning dock, you'll be able to access certain iOS services directly through the dashboard, using the cars controls. Expect to see this in select cars later this year.

What is it?
CarPlay lets you access the following features from iOS:

Maps  Use Apple Maps to navigate to you destination instead of the onboard Satnav.

Others - Music control, telephony and iMessage 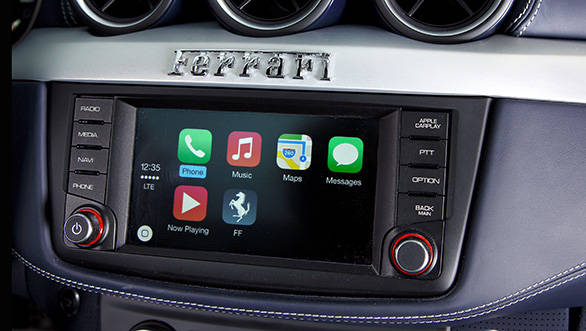 Who's on board?
In 2014, Ferrari, Honda, Hyundai, Mercedes and Volvo will roll out supported models while BMW, Land Rover, Jaguar and many more will add theirs next year.

What is it?
This January, Google teamed up with Audi, GM, Honda, Hyundai and Nvidia to form the OAA, a global alliance aimed at truly exploiting Android in the auto industry. Like CarPlay, this platform allows car makers to integrate support for Android within their own system and let users access and control Android apps and services in a safe manner on the road. Who's on board?
The aforementioned car makers form the initial batch but more can join in at any time. The first batch of cars with OAA compliance is set to roll out by the end of 2014.

What is it?
This Microsoft platform has been around a long time but hasn't really caught on since it's based on the legacy Windows CE platform. However, given Apple's and Google's initiative, we wouldn't be surprised to soon find a refreshed version based on the Windows Phone 8 platform. 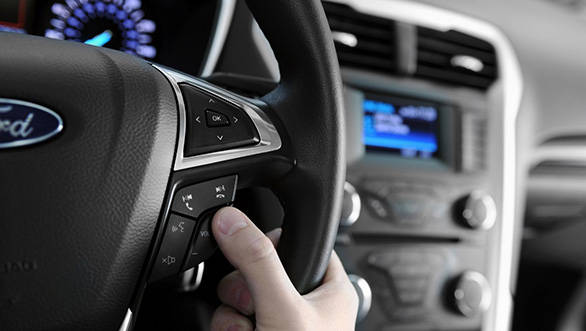 Who's on board?
Currently, Ford, Nissan, Fiat and Kia have vehicles that use Microsoft's platform.

What the future holds

Given the popularity of the three mobile OSes (we're thinking WP8 in case of Microsoft), we believe support for the above platforms in cars will be just as crucial as engine size and boot space in the buying decision. Smartphones already give you a personalised experience once you sign in. Now imagine extending the same to the car.

For instance, you can have your own custom dashboard as soon as you dock your phone in. This way, all your apps and services most frequently used by you will be presented. You could also have other amenities like set the temperate just right, automatically adjust the steering and seat position, play your favourite playlist  all by simply docking in your phone. This way, you can have a custom driving experience for every member of the family.

An autonomous or driverless car is not a new concept but it is something that is at least a decade away from going mainstream. Google has been toying with that idea for a while now and even if it does take off, it will be mostly targeted at the transport system. While eliminating human error is a novel idea, it simply takes the whole fun out of driving now, doesn't it. 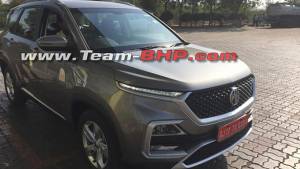 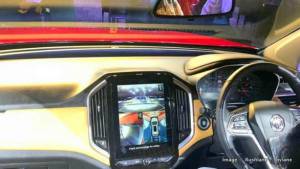