Skoda India has already confirmed that the first product to come out of the India 2.0 restructuring plans, will be a compact SUV based on the re-engineered for India MQB A0 IN platform. We now have it on good authority that it will essentially be a re-engineered version of the Kamiq crossover SUV which goes on sale internationally this year, and was previewed by the Vision X Concept shown last year. There is a possibility that it could be a sub-4m compact SUV as well, though Skoda has neither confirmed nor denied this.

The Kamiq itself is roughly 4.2 metres in length, and the 5-seater crossover SUV features many of the styling cues seen on the larger Karoq and Kodiaq. To that end, we will see sharp creases, well-defined wheel arches, concave surfaces, a dropping roofline and C-shaped tail lights. Where it breaks new ground, for Skoda at least, will be in its split headlight treatment. The Kamiq-based SUV for India will also likely carry forward the Skoda lettering across the rear tailgate, instead of Skoda badging, as on the larger Scala hatchback. Notably, while the Scala was being considered for India, those plans have been shelved for now. Internationally, the Kamiq is powered by a range of small capacity and efficient petrol and diesel engines. It gets three petrol options starting with a 95PS 1.0 TSI, a 115PS version of the same motor and going up to a 1.5 TSI with 150PS. The diesel engine is a 1.6 TDI with 115PS and 250Nm. We expect Skoda/VW to completely revamp their powertrain offerings to adhere to BSVI regulations. 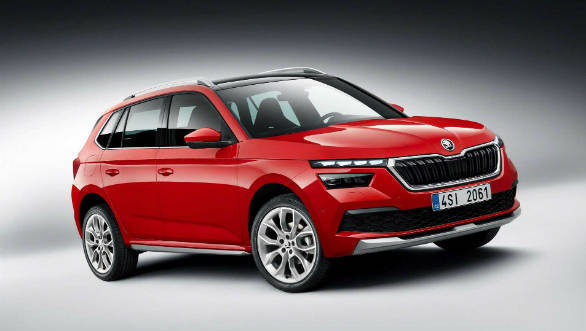 Sources tell us the SUV will be shown as a nearly-production ready concept at the Auto Expo in Delhi next year, with a launch planned in late 2020, or early 2021. Heavy localisation levels are planned for, as high as 95 per cent, to keep prices competitive. The Skoda SUV is likely to be priced to compete against the likes of the Hyundai Creta, or even go against a segment lower if engineered as a compact SUV. 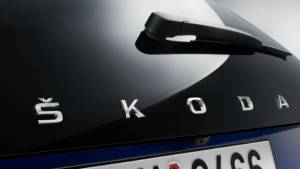