Skoda Auto has released details of its upcoming Skoda Enyaq iV SUV. The fully-electric car will be the first such offering from the Czech brand and will expand on the company's iV electrified sub-brand.

Like other such cars from the Volkswagen Group, the Enyaq is based on the MEB architecture, which also forms the basis for cars like Volkswagen ID. 3. The Enyaq will be available in five different power variants and three battery sizes, and will be RWD or AWD depending on the variant chosen. 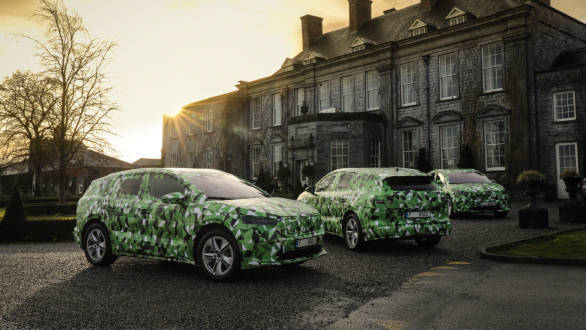 The entry-level version is the Enyaq iV 50 with its 55kWh battery, powering a rear-mounted electric motor with 109kW. With its 340km range, this is aimed at buyers on a budget, who will most likely use this SUV in urban conditions. Then there is the Enyaq iV 60, this has a 390km range while being powered by a 132kW motor and fed by a 62kWh battery pack. The third battery option is an 82kWh unit which when fitted to the Enyaq iV 80, this is best for longer journeys given its 500km range through a 150kW motor.

This larger battery pack is used by two other versions, an off-road-focussed 80X and the performance-oriented RS, both of which will also be AWD given the addition of a smaller motor on the front axle. The 80X has a 195kW output and while the top-spec RS version has a 225kW output. This version can do 0 to 100kmph in 6.2 seconds and has a top speed of 180kmph. Both the top versions have 460km range.

Like most other new EVs, the Enyaq can be fast-charged from 10 to 80 per cent in 40 minutes via a 125kW charger. An 11kW wall-box unit can also be installed at home that will charge the Enyaq in six to eight hours depending on battery size. Finally, a conventional 230-volt household plug socket can also be used. 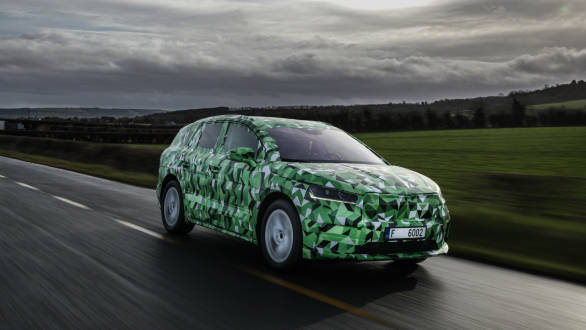 At 4,648mm long, 1,877mm wide and 1,618mm tall, the five-seater Enyaq is slightly smaller than the Kodiaq. Its wheelbase is 2,765mm and it has a 585-litre boot. While the overall styling seems to follow the simple yet crisp theme we are familiar with from other Skodas, certain differentiations seem to have been made. Unlike Skoda's other SUVs which sit quite upright on the road, the Enyaq looks closer to a crossover. This is also highlighted by the added heft of the car's lower section, possibly to highlight its EV credentials.

In the front, the lighting elements are typically Skoda with their crystalline elements, although the signature Skoda grille seems to have been reinterpreted given the powertrain being used. Skoda claims the Enyaq has a drag co-efficient starting from 0.27, visible efforts towards this are the air inlets on the front bumpers. The rear seems to carry a new interpretation of the familiar C-shaped Skoda tail lamp motifs. 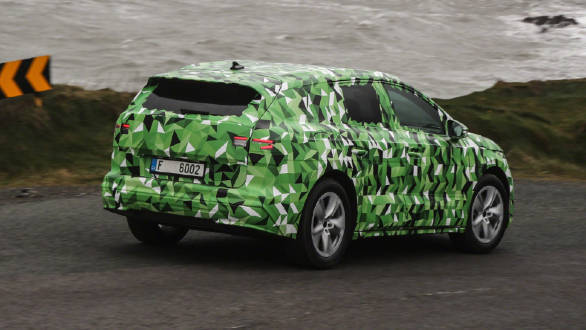 Although pictures aren't available, Skoda says that drastic changes have been made in the Enyaq's interior. All information is accessed via a free-standing 13-inch central screen and with an optional head-up display with augmented reality. Skoda promises a suite of connectivity options and a spacious, lounge-like atmosphere.

The Skoda Enyaq iV will be launched internationally in early 2021, with a global debut and production beginning in late 2020 at the Mladá Boleslav plant. As a celebration of the brand's 125th anniversary, a Founder's Edition will be available; equipped with unique features and styling, and limited to 1,895 units. If launched in India, the Enyaq iV is expected to be priced above the Kona EV. The Enyaq is one of 11 electrified models that Skoda wants to launch globally by 2022. Currently, it will join the Citigo iV and Superb iV in the Czech brand's electrified line-up with the new Skoda Octavia RS iV also set to debut soon.