Sketch of new Honda Brio-based MPV released in Indonesia, coming to India in 2014 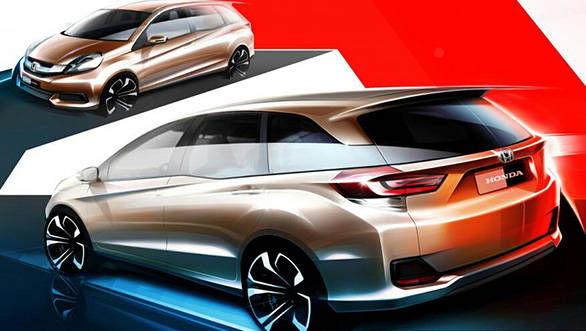 Honda are calling this a 'low' MPV or an 'LMPV'

"Consumers in Indonesia had the honor to be the first time the world saw live performances Honda LMPV Concept at Indonesia International Motor Show starting on 19 September 2013. We believe this model will be a new option that can compete with models in its class," said Jonfis Fandy, Marketing and After Sales Service Director PT Honda Prospect Motor.

The styling is robust yet slick, especially the headlights and the grille. So the snout is uncannily similar to the Brio/Jazz. The car sits nicely on an elongated wheelbase. Large inlets in the front and rear bumpers and a kink in the window line have been used to give a symmetric look to the vehicle. The large wheel arches also add to the aggressiveness. The refreshed rear wheel arch with its central ridgeline is meant to grab attention. The D-pillar lies just above the shoulder line.

The Brio-based MPV is expected to be launched in India by late 2014 or 2015. It will go up against the likes of the Mahindra Quanto, the Maruti Suzuki Ertiga and the Datsun GO-based MPV that is expected to launch in Indonesia in late 2014, coming to India later on. 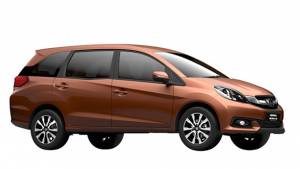