Should one ride without a helmet?

One of the biggest causes of despair in our country is the quality of our politicians. But what BJP legislator Mangal Prabhat Lodha did recently, is startling, even by the low standards of our leaders. He led a delegation that met the Deputy Police Commissioner of Mumbai, Dnyaneshwar Chavan, demanding the police stop fining people riding without helmets. They defied the law and rode without helmets to a local police station saying that traffic in congested areas of the city moves slowly and residents only ride short distances to shop for groceries, drop children to school, etc. And because of this, they should be exempted from the law. Lodha was quoted as saying, "I am not against safety, but it's impossible to ride a two-wheeler beyond 10 or 15kmph, so the question of an accident because of speeding does not arise. Many women ride two-wheelers too, and it's very inconvenient to wear a helmet every time. The traffic police should stop imposing fines in such congested neighbourhoods." 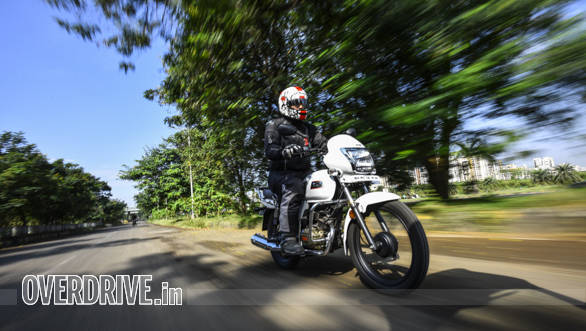 If wearing a helmet that can save your life is inconvenient, then what is getting killed or grievously injured? The argument put forward by Lodha defies all logic. You can still fall and so many can have accidents while stopping or waiting, because someone else breaks a red light or drives down the wrong side of the road. Anything is possible on our roads, including the impossible, making a helmet for two-wheeler riders a definite necessity.

Fortunately the police said, "Action against helmetless riders will continue. The law clearly says that helmets are compulsory." What is also heartening is that thousands of citizens criticised legislator Lodha. But what I find intriguing is why did someone like Lodha, who is one of India's biggest and richest developers, give his support to such an ill-advised and completely stupid movement? Is it possible that even an educated and well travelled person like him does not understand the value and importance of wearing a helmet and fastening it properly? And what about the residents who want the exemption, don't they value their own lives or those of their loved ones?

All this once again reinforces my view that unless and until the casual attitude of our people towards safety does not change, reducing the number of road fatalities in our country will be very challenging. Almost every day newspapers carry horrifying reports of road accidents resulting in deaths or serious injuries. Let's take the example of December 25, 2018 and try analysing a few reports. Eight people were killed and ten others injured, in a huge crash involving dozens of vehicles in Haryana due to low visibility caused by fog. The crash reportedly took place because an SUV drove into a stationary truck parked near a flyover. And another vehicle that was following hit the SUV smashing and sandwiching its occupants. The questions that need to be asked are  why was the truck parked there and were its hazard lights switched on? Unfortunately in our country, many have developed the wrong and bad practice of putting on the hazard light when driving in low visibility. But they rarely use them when there are meant to, like when they are parked on a road. So even if the hazard lights were flashing, the SUV driver could have been easily led to believe that the truck was moving and not stationary. Sadly so many lives were lost just because of not following the correct practices. Would a pilot land his aircraft in the thick fog and low visibility that we often have in Delhi in the winter? But everyone simply seems to just accept the fact that road accidents will happen due to fog and people will die.

The same day there were reports of nine people killed and seven injured when another SUV crashed into an LPG tanker truck in Maharashtra. There is no information on the reason for the crash. Two engineers died on the Mumbai-Pune Expressway when their car rammed into a container truck after it slowed down suddenly! Police said almost the entire front end of their car had slid under the back of the truck! Why are so many people rear-ending trucks? Clearly these trucks don't have proper and bright tail lights or any sort of reflective markers at the rear. If you look you will notice that most tail lights on trucks and buses are broken and not functional and many are covered by some sort of guard or panel. They are also proportionately way too small for the size of these vehicles. In fact small hatchbacks and even many of our two-wheelers, have bigger and brighter tail lights than those found on our trucks. And if the car slid below it, did the truck not have the 'Under-Run Protection Bar'? As far as I know, this is now mandatory, but few of the older trucks have still not had them retro-fitted. A day earlier, a young couple was reported to have died on the Expressway when another truck again slowed down suddenly. Actually, several of our drivers are guilty of stopping without ever checking if there are any other vehicles behind them. If that is not enough, there were reports of a bus with 30 people hanging over a gorge in J&K, until locals rescued them. In my opinion most of these horrific accidents were avoidable and only took place due to sheer stupidity and an awful 'give a damn attitude'.