Michael Schumacher began karting at a very young age and he has always attributed his Formula 1 success to the lessons learnt in karting. Aspiring to follow the legendary champion's footsteps are the racers in the Rotax Max Challenge Asia Karting Championship 2015.

Young Indian racer Shahan Ali Mohsin displayed his talent in the second round of the championship, by finishing sixth after beginning from a lowly P15. The Agra resident, however, did not have the most smooth sailing of weekends. The temperature at the Sepang International Circuit in Malaysia was soaring. To add to the physical torture were mechanical issues that plagued his kart during the preceding races before the final race. 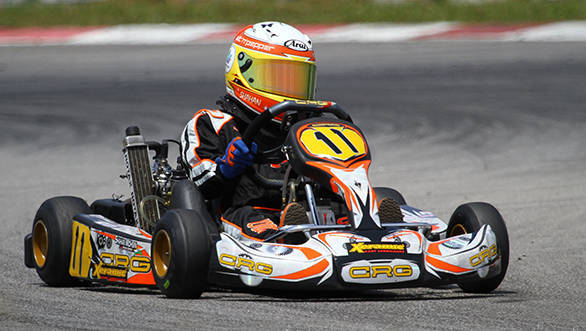 Qualifying P16 on a grid, Shahan had his work cut out. Things did not look bright during the two heats and the the pre-final race as he failed to even make it into the top ten. But, then the tide turned in his favour during the final race.

The first couple of laps were a dream run for Shahan. He managed to filter through the field and rose to P10 by the second lap. He steadily maintained his pace and was within tenths of the front runners. After rising to P8, his progress slowed. Undeterred by the offensive from the drivers ahead, he managed to grab P6. He could have picked up some more places but sadly, the 15-lap race had come to an end.

Speaking about his strong performance, Shahan said, "It was a really difficult weekend and things didn't come together until the very last session  which makes scoring consistently very difficult. We need to work hard and make the weekend strong throughout, from start to finish ensuring a good points haul so we stay at the right end of the championship table."

The next round of the Rotax Max Asia Challenge will be held on May 16 and 17, 2015 at the Elite Speedway Plus in Kuala Lumpur, Malaysia.