September 2015 a busy month for motorsport in India

FMSCI has just released the motorsport calendar for September. Block your dates and pack your bags to catch some exciting races this month. In the first weekend (September 5-6), the fourth round of the MMSC FMSCI Indian National Motorcycle Racing Championship will be held at the MMRT in Chennai. The second round of the JK Tyre Racing Championship 2015 will also be held this weekend at the Kari Motor Speedway. September 6 will see the fourth round of the MRF MoGrip FMSCI National Supercross Championship that'll be held in Hyderabad. 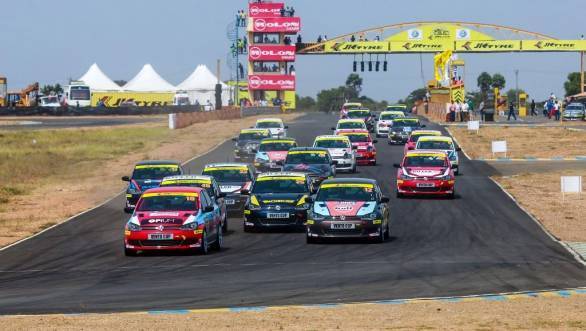