According to a new recommendation by the Supreme Court, registration of diesel-powered SUVs, vehicles with engine capacities exceeding 2000cc and commercial vehicles might be banned for a period of three-four months. The timing of this ruling comes when the commercial industry has already been burdened by a 100 per cent hike on the Green Tax for entering Delhi.

The new ruling will be brought into effect post January 1, 2015 where the three categories of vehicles listed above will be barred from getting registered in Delhi, Noida, Gurgaon and other areas of NCR. Chief Justice of India T S Thakur stated that the rich and affluent in India should play an active role in contributing to a cleaner environment. They should not be compared with the common man as they can afford to make more environment-friendly choices in mobility.

On the other hand, the NGT has already questioned the practicality of the odd-even rule and has proposed a ban on registration of diesel vehicles as well as stopping vehicles more than 10-years old from plying on the streets of Delhi. Only CNG cabs will be allowed to run in the city. Apart from the policies to reduce vehicular emission, the Government will also be enforcing a ban on burning of municipal waste in public. 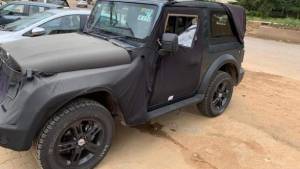