Ruhaan, who is supported by Birel ART, had a tough start to the weekend. He struggled for pace all through and was ranked ninth in his group and 19th overall after qualifying practice. 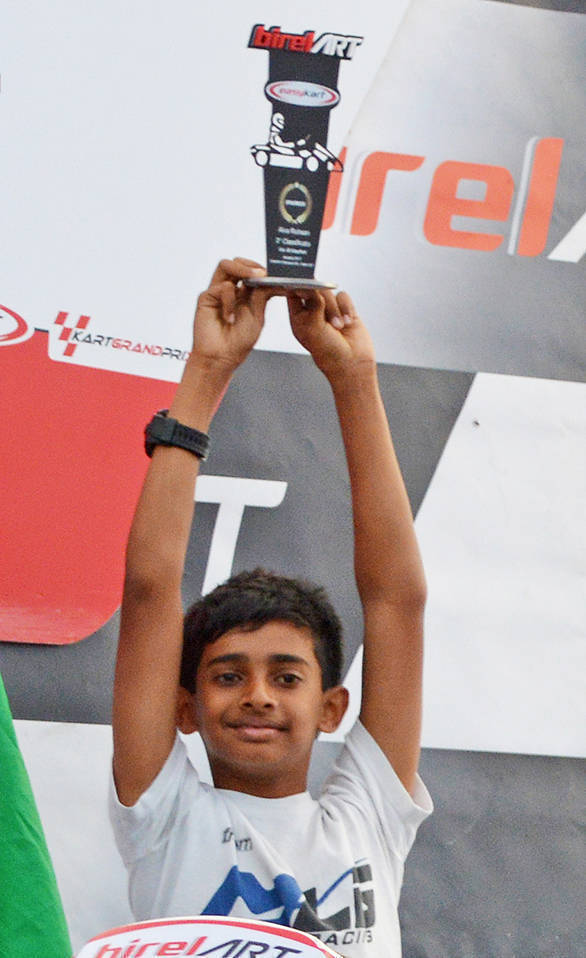 He went on to finish Heat 1 in fifth place, making up 14 places. Ruhaan then was leading Heat 2 when he was shunted off the track. However, he finished the heat in eighth place after recovering. In the third heat, Ruhaan started 10th and finished seventh.

Ruhaan then went on to start the finals in 10th place, based on the points he gained during the heats, and then eventually finished fifth.

Last month, Alva had been declared the runner-up in the Easykart Italian Championship's Easy 60 category, and was awarded his trophy at the prize distribution function at Castalletto.