In a fundraiser event held in the month of March, Jawa motorcycles raised a total of Rs 1.49 crore by auctioning the first ten Jawa motorcycles. The total amount collected was a staggering Rs 1 crore, 49 lakh and 25 thousand which was handed over by Anupam Thareja, Co-founder, Classic Legends Pvt. Ltd. and Founder and Managing Partner, Phi Capital and Ashish Joshi, CEO, Classic Legends Pvt. Ltd, to Kendriya Sainik Board, Ministry of Defence (Government of India).

The raised funds were handed over to Armed Forces Flag Day Fund at a ceremony in the presence of eminent armed forces veterans, war heroes and officers in the capital. 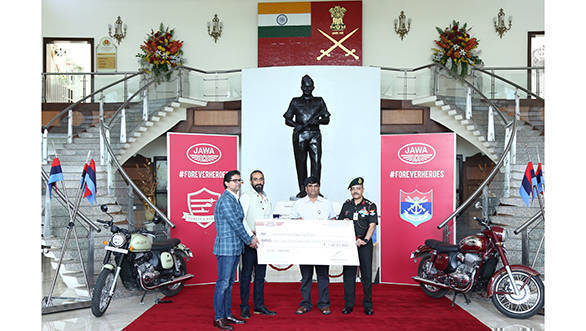 Speaking at the occasion Anupam Thareja said, "This thought was born out of a cause that touches our personal nerve as well as the ethos of the company. We started with a modest target but were surprised by the participation of friends of Jawa; fans & community, truly in the spirit of this brand. We had people bidding for Jawas not just from metros like Bombay & Delhi but all the way from Krishnagiri in the south to diamond city Surat." 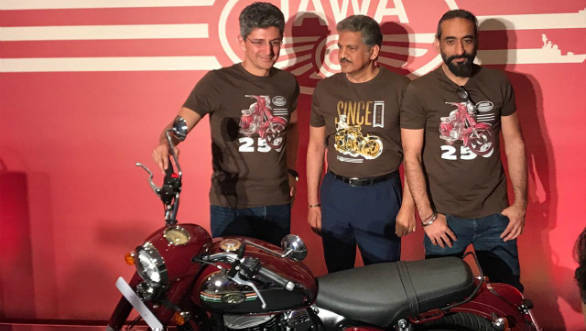 "Forever Heroes is not just a Classic Legends initiative. Rather, it is a movement created by Jawa riders as well as the motorcycling community who came forward to support this cause and helped us raise this amount. It is true that the sacrifices made by martyrs can never be weighed, but we will be glad if this gesture can contribute to the welfare of their family members" said Ashish Joshi.

Brig. Mrigendra Kumar SM, Secretary, Kendriya Sainik Board, said, "Forever Heroes initiative is a thoughtful step towards the benefit of the families of armed forces personnel by Jawa Motorcycles. What sets this apart is the way the brand has brought the motorcycling community aware of the sacrifices that the armed forces make to keep our country safe. We appreciate this gesture and it is our duty to ensure that it makes a difference to many lives by contributing to their better future."