Last year, Royal Enfield had showcased the Royal Enfield Twins FT, which mothered speculation of RE working on a production form of a flat tracker powered by its 650cc parallel-twin doing duty on the GT/Interceptor 650. The FT recently made its presence felt being raced at the American Flat Track (AFT) competition by racer Johnny Lewis. 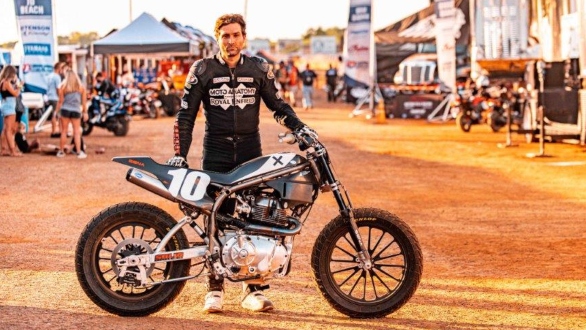 Jointly developed by the Royal Enfield and Lewis' race team Moto Anatomy, the Royal Enfield Flat Twins was made in a period of six months with contributions from road racing chassis builder Harris Performance and engine tuning specialists S&S Cycle. The participation of the AFT is an important one as it is the first time the RE FT was put into test. In this first year, while being competitive, a considerable amount of development will be done on engine durability and chassis set up throughout the season on the Twins FT platform by making necessary changes and adjustments, confirms Lewis. The intention is to put out an impressive performance at the next reason that is scheduled to take place between September 25-26 at the Dallas Half Mile. 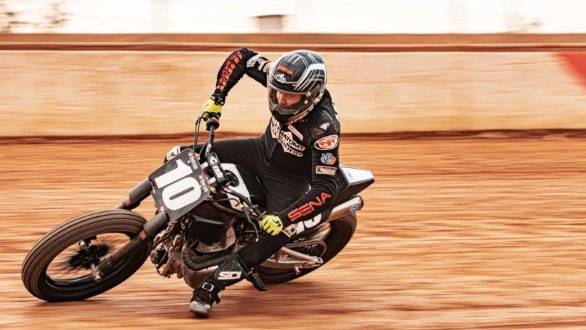 "We had quite the journey to get to this point," said Lewis. "We've been working consistently over the past six months to develop a competitive package for Royal Enfield. The latest iteration of the race bike was shipped over from India in pieces on Monday (September 07th) and we've been working around the clock to put it together. I've really enjoyed the development process of the motorcycle and Royal Enfield along with the other partners involved have worked hard to make this happen. The bike performed well and we've got a great foundation to build upon."