Royal Enfield to launch the Himalayan in India on March 16, 2016

Royal Enfield will launch the Himalayan in India on March 16, 2016. The highly anticipated, brand new motorcycle has been the topic of discussion amongst adventure motorcyclists and interest for it has steadily surged since the company took the wraps off the bike, before the 2016 Auto Expo.The Royal Enfield Himalayan has been under development for quite a while and the company had stated that it has left no stone unturned to ensure the bike performs as intended. The Royal Enfield Himalayan uses a newly developed 411cc, single cylinder, oil-cooled engine that develops 24.5PS at 6,500rpm and 32Nm between 4,000 and 4,500rpm. The bike uses a five-speed gearbox. The bike uses a carburettor for now, but we expect fuel injection once stricter emission norms come into effect. Currently, there is no ABS on offer too. 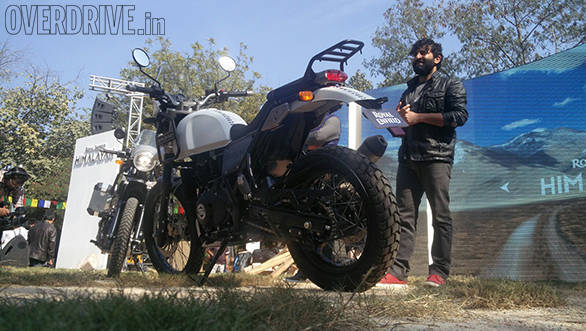 Watch this space for a comprehensive first ride report.

More stories from OVERDRIVE on the new Royal Enfield Himalayan