After months of leaked images, Royal Enfield finally made the Himalayan official today with an event a day before the 2016 Auto Expo. The Himalayan is the first all-new motorcycle from the company in its history and that is a pretty significant deal. 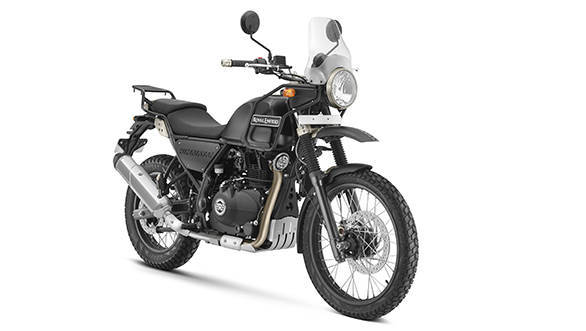 The company's MD and CEO said that not even a pin was borrowed from the existing product lines in the creation of the Himalayan. The motorcycle was designed for the mountains from scratch but it was clear that there was no intention to make it an extreme motorcycle.

The motorcycle has been in development for a while and Royal Enfield say they have spared no expense and effort in testing and ensuring that the motorcycle works as planned. Testing has spanned full motorcycles and parts in all kinds of temperatures and terrain. They are confident they have an excellent motorcycle here. 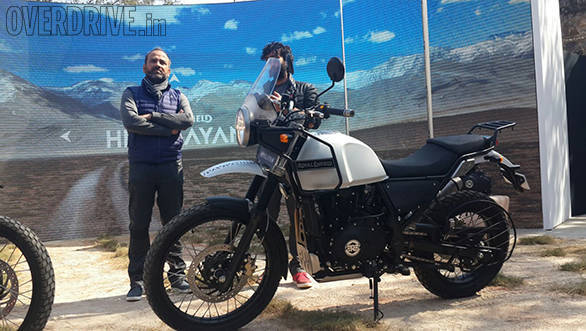 The Royal Enfield Himalayan is powered by a completely new 411cc single cylinder engine called the LS410 - Long Stroke 410. The counterbalanced engine uses an SOHC valve train with two valves. Bore and stroke are 78mm and 86mm - a long-stroke engine is usually a good solution to make torque. The promise is certainly good. Peak torque is 32Nm between 4,000 and 4,500rpm. Peak power is 24.5PS at 6,500rpm. This sounds low for a 411cc engine but you have to remember that outright top speed - and therefore top-end punch - isn't the story of this motorcycle. Off-road riding, streets and highways require performance between 30 and 130kmph and it's torque, not peak power that does the work. The fat torque curve is also the reason Royal Enfield has gone with a 5-speed gearbox. 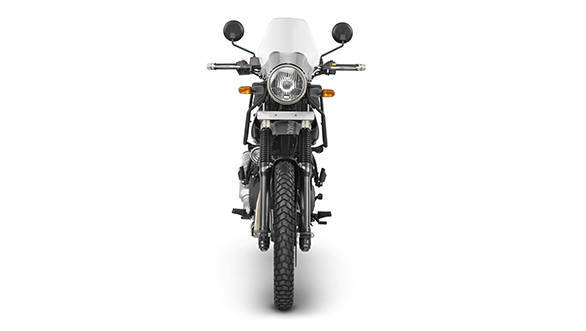 The carburetted engine has been questioned as being too simple a specification. But Royal Enfield have said earlier that they wanted to make simple, approachable, involving motorcycles that people can enjoy. And in the case of a breakdown, fix. However, given the fact that tighter emissions norms are looming and that ABS might soon be mandatory, you can be sure that the company has both of the technologies ready to deploy if needed on the Himalayan.

The engine sits in a half-duplex split cradle frame - all-new. Suspension is a 41mm front fork with 200mm travel. The rear shock is a Royal Enfield first, a linkage-type monoshock that offers 180mm of wheel travel. For reference, the Thunderbird offers 130mm and 80mm of wheel travel, respectively. It is an all-new frame that we are certain will show up in other motorcycles later with different geometry and suspension. The Himalayan uses a 90/90-21" tyre up front, a Ceat Gripp, but that's a popular size for off-road motorcycles, so many tyre options should be easy to get. The rear tyre is a 120/90-17, another easy size to find. Royal Enfield had earlier indicated that these tyres were chosen to stay light enough for the Himalayan to be easy to handle. 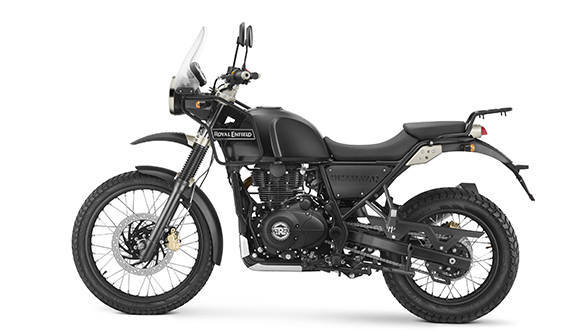 The wheelbase is 1,465mm, seat height is a not too tall 800mm and the kerbweight - we're happy to hear - is just 182kg. With a 15-litre tank, this promises effortless performance and tank range that you will appreciate.

The brakes are a 300mm disc in front and a 240mm disc at the rear. ABS is currently not on the agenda - but as we said, you can be sure Royal Enfield has it ready to roll if the Indian Government stops talking and starts doing. 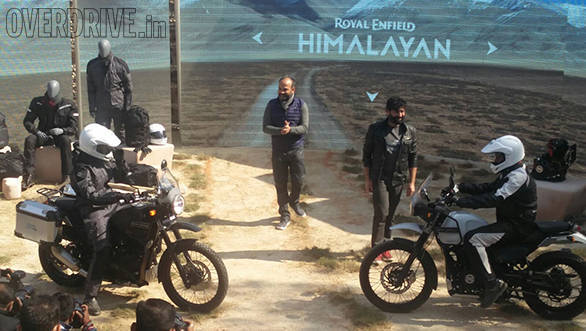