Royal Enfield took a big step forward in their astonishing journey to becoming the world's most profitable motorcycle manufacturer with the all-new 648cc parallel twin engine that the company revealed yesterday. The engine is expected power two motorcycles that will be unveiled to the world at the 2017 EICMA motorcycle show in Milan. It was developed at the new UK Technical Centre along with a massive international team that worked closely with development staff at the new Bruntingthorpe facility as well as back in India in Chennai. Siddhartha Lal, CEO Royal Enfield reiterated that while people like Mark Wells (head product strategy and industial design) and Simon Warburton (head product development) were based out of the UK, there is heavy traffic - knowledge, prototypes, ideas and staff between the new UK centre and the older Chennai development centre. Royal Enfield is also known to be working on a new development facility in Chennai to complement the new abilities of the UK centre. 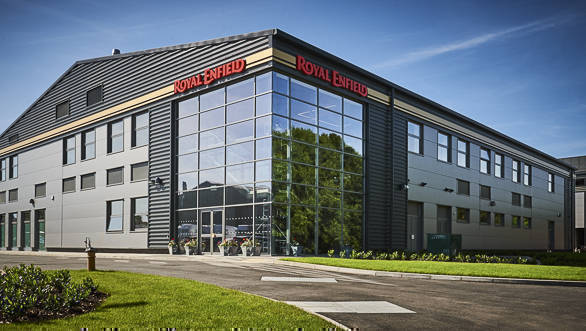 The Royal Enfield UK Technical Centre is where the heads of product strategy, design and product development are based but Royal Enfield says the development work happens in a close cooperation with Chennai and the UK. For the moment, the split is more singles work in India and more twins work in the UK but that's not fixed.

Royal Enfield says that the much larger group of engineers, the UKTC et al now gives it the ability to handle in-house full engine and chassis development and there are also engineers at the UKTC working on the accessory lines for existing, new and forthcoming product lines. Take a closer look at the new Royal Enfield UK Technical Centre based at the Bruntingthorpe Proving Grounds near Leicester in the UK.

Bruntingthorpe if you haven't heard of it, is an old US air base that was decommissioned in the '50s before becoming the UK's most famous automotive testing facility in the late '70s. Royal Enfield has a long lease on land right outside the facility and uses the nearly 3km long runway and other roads in the proving grounds to complete testing. This juicy corner of the design office inside the RE UKTC has a huge gantry that has a drill that can work with foam and clay to rapidly create solid form designs. Obvious, given Royal Enfield's history, a slew of motorcycles, like this one dot the building 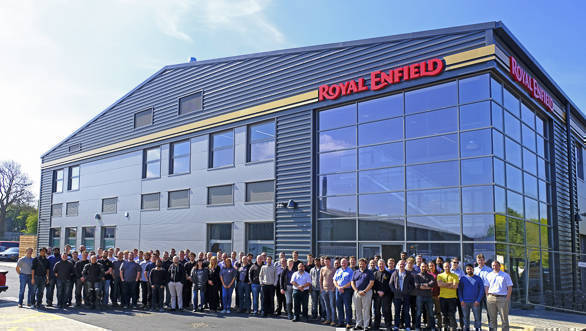 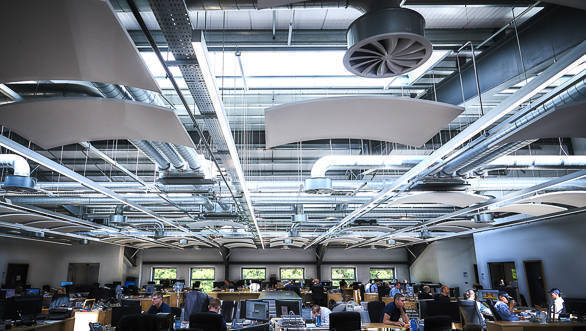 On the upper floor is this huge office where everyone sits - strategy, back-end process, genuine accessories teas and More 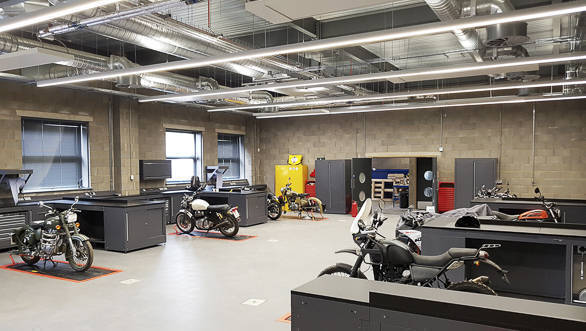 That's the vast, well-lit room where prototypes are prepared for testing. For the media day, the delicious glimpses off the future were hidden away and replaced with these bikes. Spot the filthy Himalan with fresh Welsh mud and Michelin Sirac dual-sport tyres if you can! 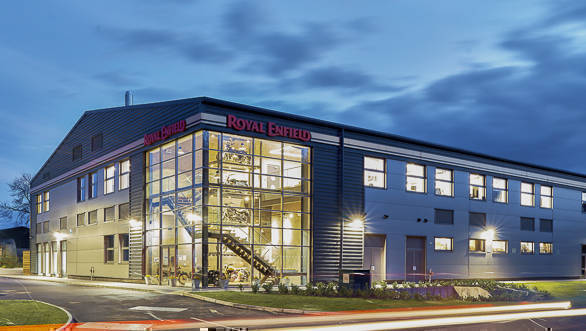 Royal Enfield intends to focus its motorcycle game on the 250-750cc displacement range and create simple, accessible motorcycles that the company hopes will make it the dominant middleweight motorcycle player in the world This is the lobby through which visitor's usually enter the RE UKTC. On display are a bunch of models. Our visit showed us current production models in the tower - the usual older Enfields were out on display elsewhere. 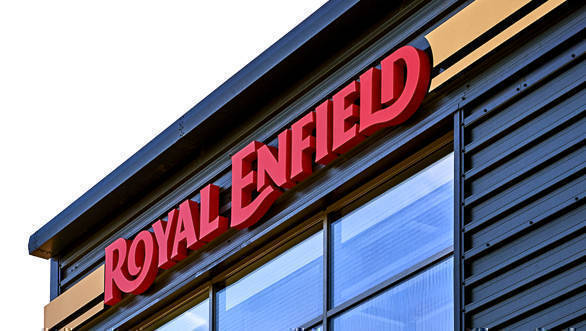 The Royal Enfield UK Technical Centre building only had staff move in earlier this year but the UKTC team has been around for over 3 years now. 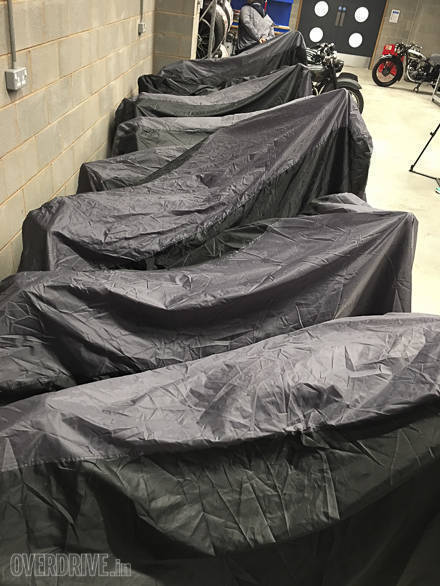 That's the chassis room at the Royal Enfield UK Technical Centre. The ramps are set flush into the floor and each bay has its own set of tools. This is also where prototypes are readied to go out testing. Most are fully adjustable - steering geometry, rider ergonomics, suspension and more can be adjusted during testing That's the "sparks and magic" room as product strategy and industrial design head Mark Wells. This Bullet (for demo) is hooked up to a machine that logs all manner of electrical diagnostics. 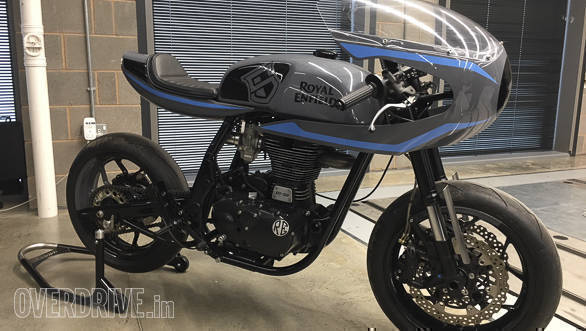 The design office has beauties like this one sitting right next to a giant foam mill for prototyping and computers on which designers do their craft. The new 3D printer is elsewhere in the Royal Enfield UK Technical Centre