As a tribute to the despatch riders of the World War era, Royal Enfield has developed a new range of riding apparel and accessories as well as a new paint scheme for its Classic 500 motorcycle. The company has labelled these as the Despatch motorcycles which will be produced only in limited numbers. The new motorcycles and accessories were launched at the opening ceremony of the company's new flagship store at Khan Market in New Delhi.

Despatch riders used to relay information between headquarters and ground troops during the war and that meant riding for hours through challenging conditions. The new collection is a way of paying homage to those riders. 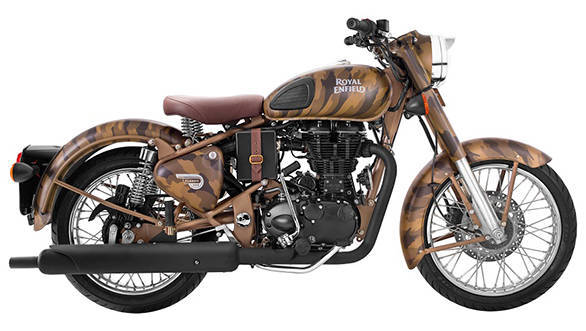 Speaking about the new Royal Enfield collection, Siddhartha Lal, managing director and CEO, Eicher Motors Limited said, "Royal Enfield has been instrumental in creating and growing the leisure motorcycling segment in India over the last 60 years. One of the major gaps that our customers have faced while adventuring on our motorcycles around the country is the lack of good motorcycle apparel and accessories. We believe that with our expanded offering of purpose built, meticulously detailed and well crafted motorcycle gear, our riders will enjoy their motorcycling experience even more. We have also got a wider range of urban protection and moto-inspired clothing which enhances the motorcycling experience in cities or for weekend rides, and looks great when one's not riding as well."

The riding apparel is made using fabrics such as leather, canvas and twill in shades including olive, tan, green, brown and blue. The styling has a classic undertone with detailed bits such as epaulettes, plackets and gorgets, says Royal Enfield. The company adds that the leather jackets have motifs that resemble the nuts and bolts on a motorcycle that complement a Royal Enfield. Apart from the jackets, the new collection also includes T-shirts, denim trousers, bags, wallets and a lot more.

The new Despatch motorcycles are available in two shades - Desert Storm Despatch and Squadron Blue Despatch. Sadly, the Battle Green Despatch will be exported to international markets only. The paintwork is finished in matte and has a signature camouflage design. Seats are made of Italian leather and the air-filter box is held by a leather buckle strap. 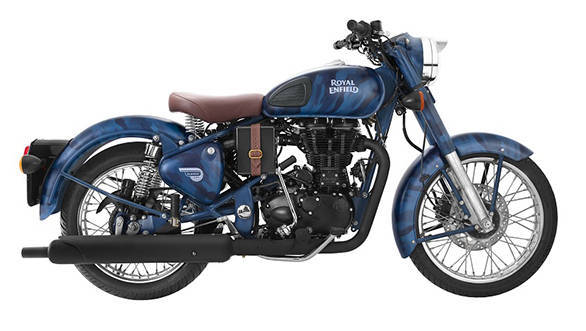 Production is limited to just 200 units and customers can book the Despatch motorcycles online at store.royalenfield.com starting July 15, 2015.