Royal Enfield is working on introducing an all new large displacement motorcycle in the global as well international markets. While there is no confirmation from the motorcycle manufacturer, the all-new Royal Enfield motorcycle might be called the Interceptor, a name that featured in the 60s and the 70s. Sid Lal, CEO Royal Enfield, recently released a teaser video of the same. 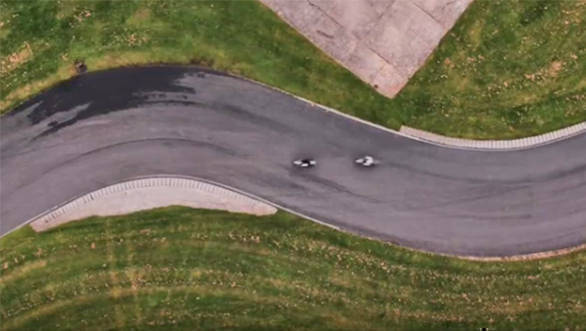 Royal 750 being tested around corners

The teaser video is a short clip of two motorcycles going around corners. Since the video has been shot from top, one cannot see the details of these two motorcycles. However, one can only hear the parallel-twin exhaust note of the motorcycles. It has been speculated by the media that the Royal Enfield Interceptor will be a 750cc motorcycle. In that case, it will be an all-new 750cc air-cooled parallel twin-cylinder fuel-injected engine.

The Royal Enfield Interceptor has already been caught doing testing at different parts of the country. Out of the two models spotted, one is based on the Royal Enfield Continental GT and the other looks like it took inspiration from the Triumph Bonneville. The GT based bike comes with a beefier frame of the existing Continental GT535. The brakes look to be a tad bigger than the ones on the GT535. The bike gets a bigger single disc brake upfront and at the rear wheel. ABS will be offered as standard for the international markets. By the time the Royal Enfield Continental GT 750 goes on sale here, the Indian safety regulations will have mandated the inclusion of ABS.From the spy images, it is evident that the chain and sprocket are placed to the left of the motorcycle. The front suspension is a conventional, right-side up format while twin gas-charged shocks do duty at the rear. 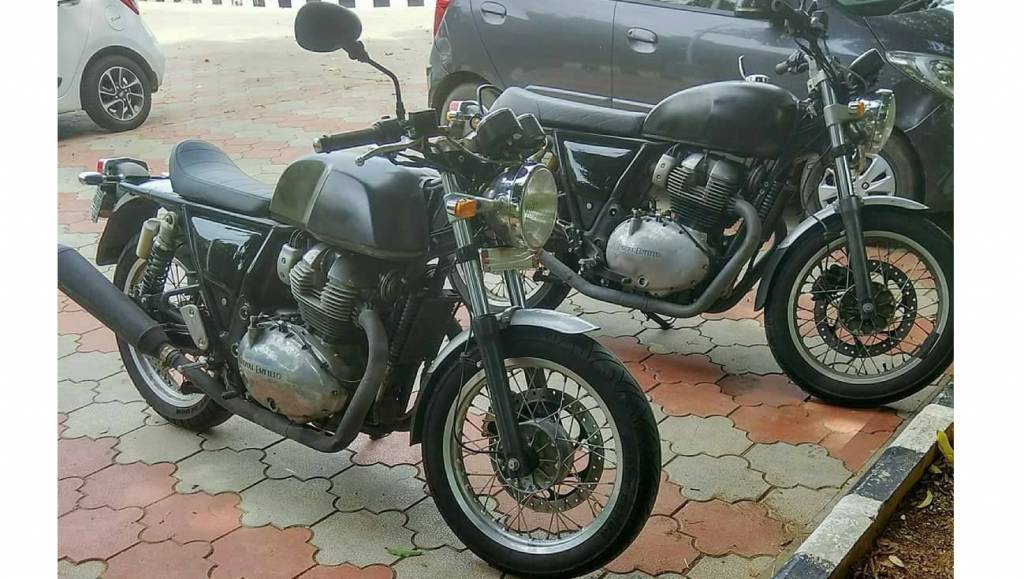 For more details on the Royal Enfield Interceptor, stay tuned to OVERDRIVE as we cover the unveiling at the 2017 EICMA show in Milan.