Royal Enfield Himalayan gets inducted into the Argentinean police fleet

The Argentian Police has inducted a fleet of Royal Enfield Himalayan motorcycles. This could be from the first batch of models that RE has started assembling from its latest facility in Argentina. From the looks of it, these motorcycles have been retrofitted with public announcement system, sirens and sports a shade of blue on the fuel tank with Policia vinyl and the fender is finished in green. Apart from these aesthetical changes, the mechanicals of the Royal Enfield Himalayan could have been retained as that sold in India. 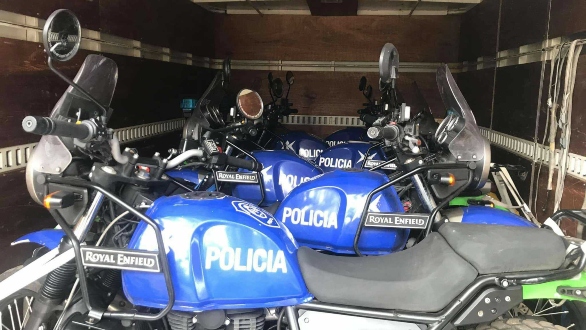 Speaking about the Argentina plant of RE, Vinod K Dasari, CEO, Royal Enfield, said, "Royal Enfield has been working steadily to grow and expand the middleweight motorcycling segment globally and also to increase our footprint in important global markets. Over the last couple of years, we have grown our international presence significantly and now have wide retail presence across 60 countries. With a strategic view to cater to growing demand and to gain significant market advantage, we have been pursuing our plans to set up local assembly units across specific markets in the Asia Pacific region and across South America. In the first of these, we are very happy to announce the first CKD assembly plant in Argentina.' 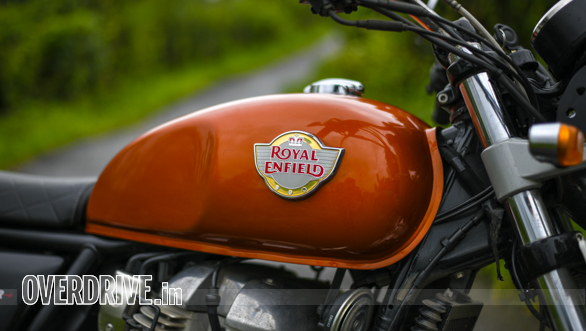 "Argentina and other South American countries have been an important market for Royal Enfield. Ever since we commenced sales since 2018 in Argentina, we have received a resounding response to our motorcycles from consumers. The local terrain and topography create the perfect canvas for riding our motorcycles, especially the Himalayan. The initial success of the 650 Twin motorcycles has also been very encouraging. We are deeply committed to focusing on becoming a part of the fabric of the country's rich motorcycling culture. Our decision to start assembling our motorcycles in Argentina is testament to our long term commitment and increasing confidence in the market." he had added.