Royal Enfield has announced its entry into Vietnam, with its first flagship store in Ho Chi Minh City. The company is focussing on building and expanding its presence in South Asian countries, and Vietnam is the world's fourth largest two-wheeler market. Royal Enfield also has presence in Indonesia with two exclusive stores in Jakarta and at Bali. It has also set up the first Royal Enfield gear store outside India in Jakarta. In Thailand, Royal Enfield currently has a store in Bangkok. For Vietnam, Al Naboodah International (VN) is Royal Enfield's official dealer, with the store located in Saigon Paragon, 3 Nguyen Luong Bang, District 7. 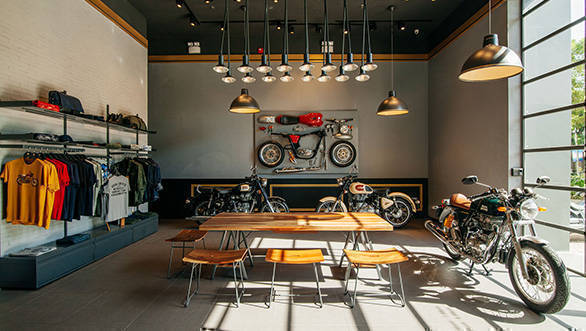 Royal Enfield will begin selling three models from the Vietnam flagship store - Bullet 500, Classic 500, and Continental GT 535. The company is completely focussed towards expanding its mid-sized motorcycle segment (250cc to 750cc) across the globe. This comes amid the frequent spotting of Royal Enfield's upcoming parallel twin engine. "This segment is expanding in India and is a huge opportunity for Royal Enfield across the world. Vietnam has a large population that is young and commutes on two-wheelers," said Royal Enfield president Rudratej Singh.