The Royal Enfield 650 Twins have been one of the most anticipated motorcycles not just in India but globally, considering RE's popularity and also this being the Indian brand's first large displacement motorcycle. While there is still some time before you see one of those in India, a custom motorcycle called the LockStock Dragster 650 was unveiled at the Bike Shed Motorcycle Club in London. 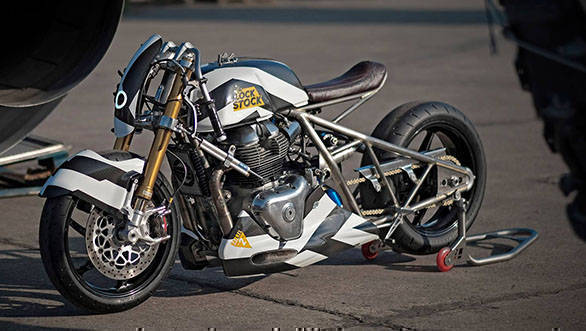 Royal Enfield had already released a teaser video of the one-off custom motorcycle earlier. The LockStock Dragster 650 is powered by the all-new 650cc twin that will be offered in the Continental GT and the Interceptor 650 Twin. The 4-valves per cylinder SOHC fuel-injected engine will make 47PS of peak power at 7,100rpm and 52Nm at 4,000rpm. Compression in a reasonable 9.5:1. The one that comes in the custom motorcycle will obviously make a lot more in terms of power and torque. The exact specifications of the same have not been released. 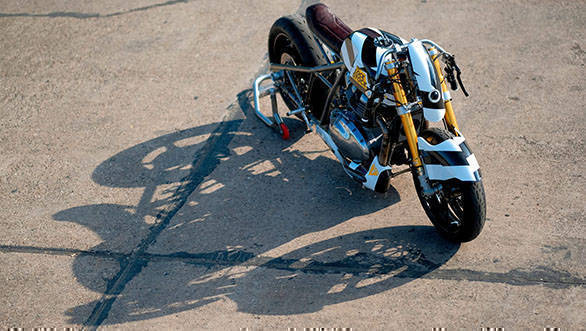 In a social post, the company states, "the LockStock is a performance powerhouse made to take on the drag strip, burn some serious rubber and create a lot of noise."

From the looks of it, the Lock Stock 650 retains the cafe racer fuel tank and the engine from the Continental GT 650 Twin. However, it gets an all-new frame, drag-spec tyres and drop-bar handlebar, distinct body panels and a unique headlight with LED ring. Additionally, it gets a short riding seat and a nitrox oxide cylinder placed behind the engine. We believe the LockStock Dragster 650 will be one crazy offering with an insane top speed. What's your guess? Let us know in the comments section below 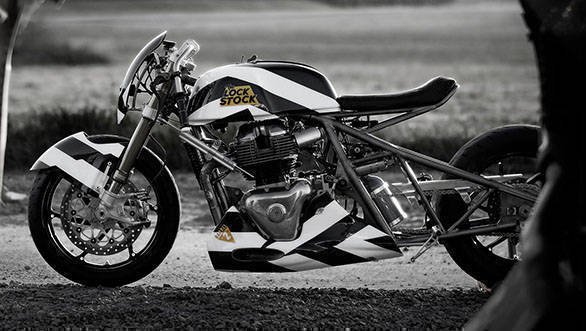