The first two rounds of the MRF National Racing Championship were held at the Madras Motor Racing Track in Chennai. The races were exciting, but there appeared to be something of a trend in them. One rider in each championship seemed to stand out on multiple occasions. The winner repeatedly in the MRF FF1600 races was Tarun Reddy, with Arjun Narendran stamping his authority on the Indian Touring Car Championship and Feroze Khan dominating the races in the IJTC class. The Super Stock category, which made its debut in the second round of the championship saw B Balavijay win all three races. 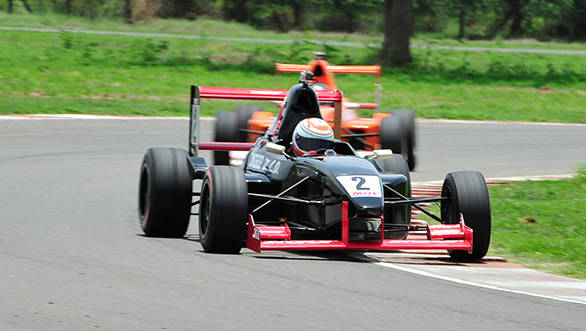 However, the racing at the Kari Motor Speedway this weekend promises to be close. While Tarun has managed to run away with wins in the FF1600 class thus far, the gap to the chasing pack is steadily closing. Vikash Anand didn't have too good a weekend at the MMRT at the last round, but he will be hoping for a better performance this weekend. Then there's Advait Deodhar who managed one win and two podiums at the last round of the championship, who will also be hoping to close the gap. What's particularly interesting, though, is the fact that the Etios Motor Racing Trophy is back. The Toyota EMR Trophy will be a part of two rounds of the NRC - the first being held this weekend at the KMS and the second will be held with the fifth round of the NRC at the Buddh International Circuit. The new grid will feature 10 drivers from last year's championship, with 10 more new drivers. Four races will be held per day, taking it to a total of eight races for the whole weekend.

Before the racing action kicks off at the Kari Motor Speedway, here's a video recap of what happened at the last round of the championship: