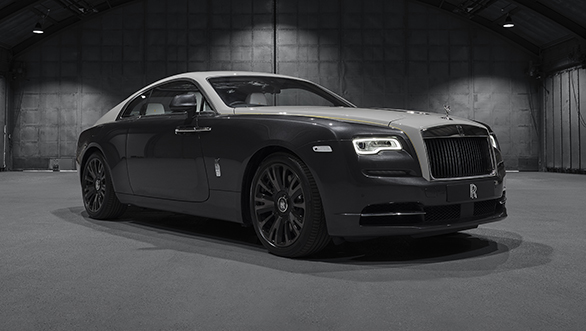 The Wraith Eagle VIII is painted in Gunmetal with a Selby Grey upper two-tone and the colours are separated by a brass line. The blacked out grille is a reference to the Rolls-Royce Eagle VIII engine cowling on the Vickers Vimy aircraft. The wheels sport a polished finish what Rolls Royce likes to call the shadow finish. 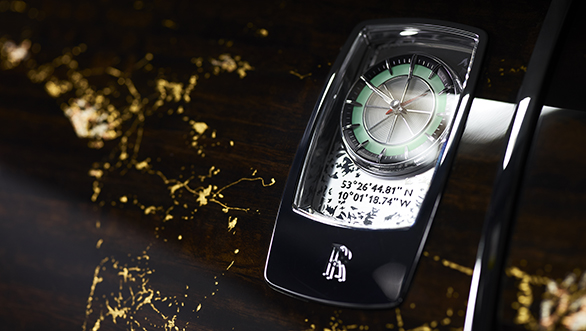 Inside, the dashboard of the Wraith Eagle VIII gets a frozen theme from the high altitude flight of the planes. The clock integrated into the dashboard glows a faint green light in the night. The red coloured hour hand sits atop compass inspired lines and the landing locations are engraved below. 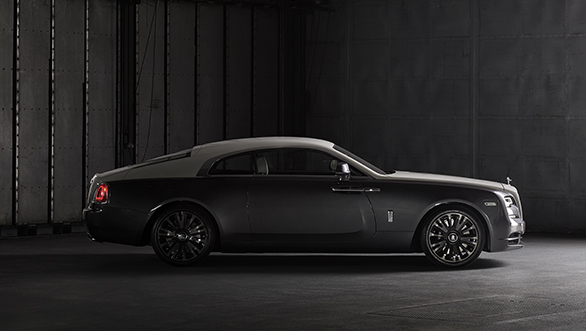 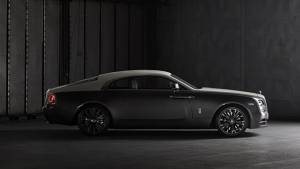