Autonomous cars has been the trending topic in the world of automobiles for its numerous benefits. In addition to conventional car manufacturers like BMW, Ford, Honda, Hyundai and Tesla, there are companies like Google, Apple and Nvidia who have been researching extensively in the field of driver-less car technology.

In fact, Google might just be the first to actually roll out a production model. Parallel to this, autonomous driving technology will likely debut in the next year's Formula E Championship. UK-based venture capitalist Kinetic has partnered with Formula E for Roborace, a global motorsports series for self-driven cars. Roborace has also unveiled the design of the cars that will participate in the championship. 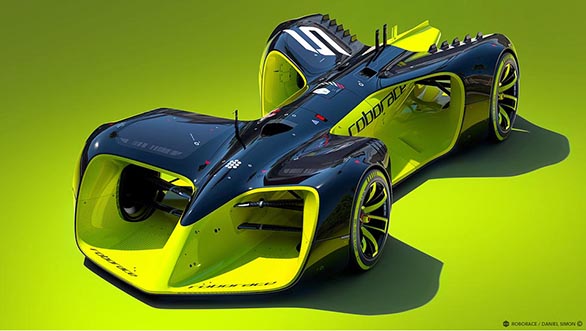 Roborace will highlight the benefits of autonomous driving and will also give an opportunity to software developers to test various apps on a real-time basis. Even though all the 10 teams will get the same car which will be powered by identical hardware, each team will have the freedom to develop its own software.

These electric cars will be capable of reaching a top speed of 200mph. Powering the Roborace cars is the Nvidia PX2 supercomputer that can perform 24 trillion operations in a second for AI applications and will take inputs from data collected via an array of radar and LiDAR sensors paired with high-resolution cameras and GPS.

The Roborace prototype called the Robocar has been designed by Daniel Simon, who has worked with brands like Bentley and Volkswagen. He is also the brain behind the Lotus C-01 motorcycle concept as well as the automobiles in movies like Tron and Captain America. 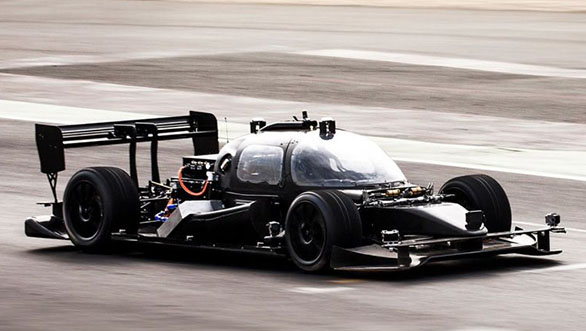 Roborace recently unveiled 'DevBot' at Donington Park during the Formula E testing which also makes the racecar's first public appearance. The DevBot makes use of the same driver-less technology seen on the Robocar that is fitted on the Ginetta LMP3 chassis. "Unlike the Robocar, the DevBot has a cabin that can be driven by a human or a computer allowing teams to fully understand how the car thinks and feels on a racetrack alongside the comprehensive real-time data. The DevBot is equipped with the same drivetrain, sensors, computation systems and communication technology as the Robocar designed by Daniel Simon which will be revealed later this year in 2016," says an official statement.

During the test run, the driver successfully completed two laps wherein the first lap was finished in autonomous mode, whereas in the second lap, it was intentionally driven manually in the final corner following a safety procedure. The LMP3 chassis is being used to collect real-time data and verify it with the human experience. The DevBot is still at a concept stage and intends to power all the upcoming iterations of Formula E Championship. However, it is still not clear on when will the actual production version will be seen racing on the track. 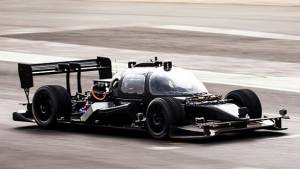