The annual pilgrimage for Royal Enfield owners, Rider Mania 2014, will be held at Mahabalipuram near Chennai on January 18-19. Registrations have already begun for the 12th edition with already 800 confirmations. Riders can register on www.bobmcridermania.com. The event has no formal affiliations with the manufacturer, and is solely owned by BOBMC (Brotherhood Of Bulleteers Motorcycling Consortium) according to the press release. Usually hosted by one of the member clubs the 2014 event is being hosted by Chennai's Madras Bulls.

The BOBMC Rider Mania event, since it is hosted by a club changes its venue to the home of the hosting club and has, thus, travelled the length and breadth of India including Goa, Mumbai, Hyderabad, Ooty, Nagpur, Kolkata, Delhi and Shillong in the North east among others. At the Mania, fellow riders congregate and participate in various fun activities. The event itself though has no affiliation to the company but still has a large participation of Royal Enfield officials. We at OVERDRIVE have been attending the Rider Mania religiously over the past few years, and we can assure you that it definitely is a lot of fun. 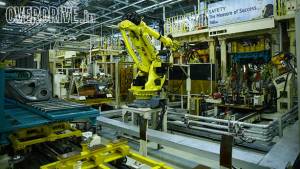