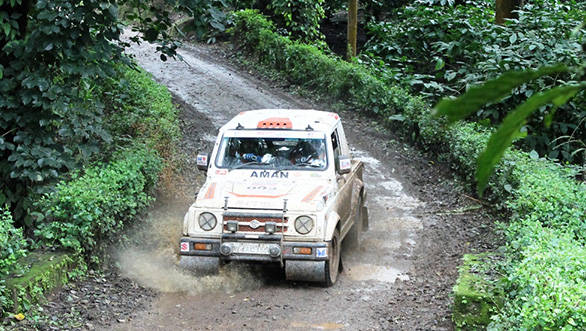 Amanpreet Ahluwalia during the Dakshin Dare at Coorg

While Amanpreet and Venueramesh, in their Maruti Gypsy, now lead with a cumulative two day timing of 01.59.58 hrs, Rana/Thakur, driving a Maruti Suzuki Grand Vitara, still have a good chance being in second place and just one minute 37 seconds behind . Third placed Sanjay Agarwal/Shiva Prakash are another two minutes behind with a cumulative time of 02.04.22 hrs. 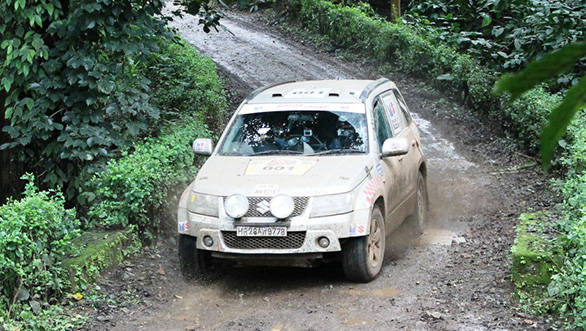 The Coorg Leg began at 6 am from Mysore with the cars and bikes taking a 89 km transport stage to Pollibetta in Coorg region - or Malnad as the region around is called due to the extensive rainfall received here. Three tracks of 6.5km, 8km, and 9km were prepared amid lush coffee plantations here in Woshully, Polibetta and Yemmegundi respectively.

The monsoon made it tougher for drivers to maneuver the serpentine dirt track. Nine high speed super stages were planned but couple of them got cancelled as two cars got stuck in the slush. Thereafter, the cars and bikes completed a transport stage of 187km via Waynad and Gudalur, stretching the total length of Leg 2 to 393km.

In Endurance category, Kartik Maruti/Shankar Prasad maintained their lead. Bangalore's Satish Gopalakrishnan/Savera slipped to third after they were overtaken by Sudip Ghosh/Arindam Ghosh. 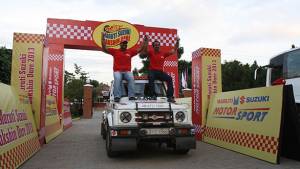 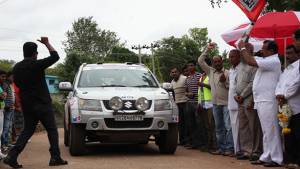