Renault's headquarters raided as part of a probe into vehicle emissions

Renault has officially confirmed that some of its offices and factories in France were raided by the French government's anti-fraud investigators, as part of a probe into vehicle emissions. Since the news surfaced, the French carmaker's market value has gone down by almost $3.6 billion amidst fears that the ongoing Volkswagen emission scandal could spread. According to reports, several computers belonging to high-ranking Renault officials were seized during the raid, but were later returned.

After the raids, French energy minister Segolene Royal stated, "No fraudulent systems have been found on Renault cars, and shareholders and employees should rest easy." However, she added that preliminary results from tests had shown that emission levels from diesel vehicles made by Renault and a few other foreign manufacturers, exceeded the permissible limits.

Automobile manufacturers across the globe have come under a lot of scrutiny from government agencies since last September, when US regulators revealed that Volkswagen used defeat devices on their vehicles to cheat emissions regulation tests. The devices had been installed in close to 11 million vehicles worldwide, and this sparked off investigations by government authorities in several countries including India.

It is reported that the French authorities began their investigation into the Volkswagen diesel scandal in September, and eventually expended it to cover all car makers. Additionally, the French government's environmental regulator began randomly testing vehicles to check if there were differences between lab results and real-world emissions. This probe involved testing 100 randomly chosen vehicles, which included 25 Renault models. 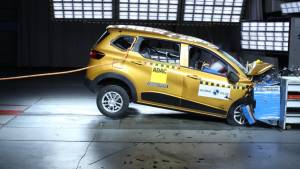