The Renault Triber has been refreshed with a new colour choice and a few additional features. Renault has now released yet another update, which includes the removal of numerous functions as well as some small changes across the board. All four trim levels of the Renault Triber, namely RXE, RXL, RXT, and RXZ, have had their features reorganised. 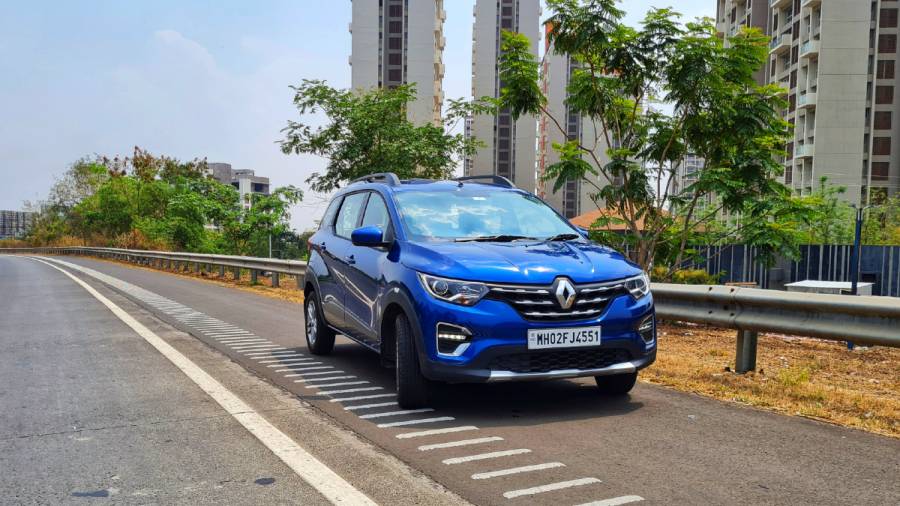 The powertrain remains unchanged and the good old 1.0 litre 3-cylinder petrol engine puts out the same 73PS and 96 Nm of torque. The re-organisation in the trims was done to make room for a new top variant in the Triber lineup which will also see the expected introduction of a new 1-litre turbo petrol engine.

The base variant Renault Triber is the RXE. The only significant change seen in the RXE is that the side underbody sill will now be offered in body colour rather than the previously available black finish. The 'Energy' emblem on the tailgate has been removed from the RXE trim, as has the 'Energy' badge on all other trims.

The RXL sees the most number of deletions as compared to the rest of the variants. This features air-conditioning vents in the second and third rows, cooled cupholders in the centre console, front grille chrome garnish, side body decals, instrument cluster chrome surround, and plastic seat rail coverings. Furthermore, the matte black treatment has been applied to the body-coloured outside rearview mirrors and door handles. The dashboard's gloss black accent is also given a basic matte black finish. Renault has fitted roof rails and power windows to the second row, which is a plus. The previously black side underbody sill has been refinished in body colour. Finally, the satin trim surrounding the side air-conditioning vents has been replaced with chrome 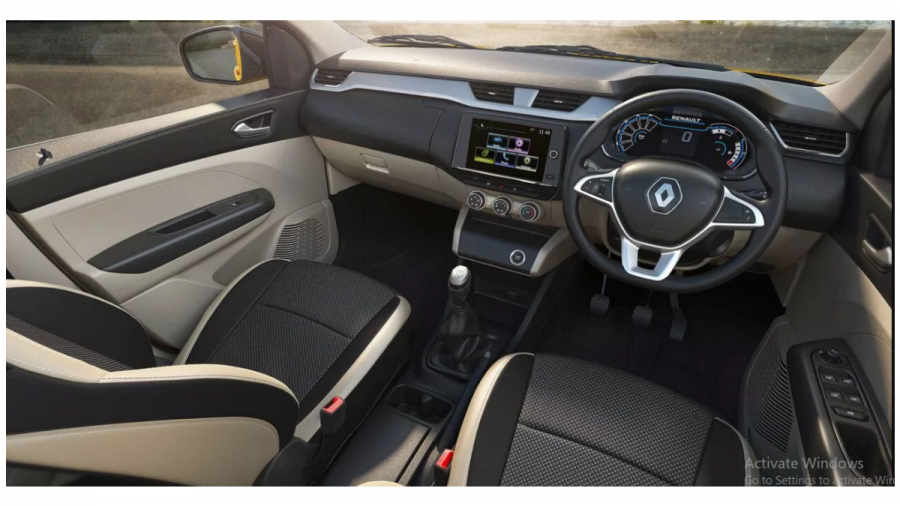 Moving on to the RXT variant, the formerly body-coloured outside rearview mirrors receive a new Mystery black paint treatment. The black side underbody sill, like all other trimmings, is now completed in body colour. However, items such as the chilled glovebox, driver side seatback pocket, blacked-out B-pillar, infotainment system's Eco scoring mode, and instrument cluster's chrome surround have been deleted.

The mystery black outside rearview mirrors and body-coloured side underbody finish from the RXT trim is carried over to the top-spec RXZ trim. The most noticeable change on the RXZ trim is a revised gear lever design. The Eco scoring mode is removed from the infotainment system in the RXZ trim, as well as black cladding for the B-Pillar. More crucially, the door arm rest's fabric lining has been replaced with a plastic finish.

There are no clear specifications as to when the turbo petrol variant of the Renault Triber will launch or what will be the addition to the features list. Pricing for the Triber will continue to start from Rs 5.5 lakh and an RXZ variant with an AMT will set one back Rs 7.90 lakh ex-showroom.

Renault Group and Jiangling Motors collaborate to build an all electric sedan, the Mobilize Limo