Renault India is expected to launch two new variants of the Kwid in February 2016 - one will be powered a 1-litre engine and the other variant will be fitted with an automated manual transmission (AMT). These variants are aimed to equip the new Renault Kwid to take on the market leaders, the Maruti Suzuki Alto K10 and the Alto AMT.

Renault has received an overwhelming response for the 796cc Kwid with 80,000 bookings so far. The Kwid's unique SUV-ish looks and attractive starting price of Rs 2.56 lakh (ex-Delhi) have helped Renault draw customers to its showrooms. 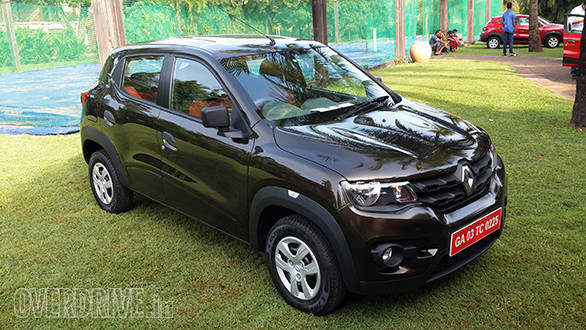 While the current engine in the Kwid is tuned to maximise fuel efficiency, the Kwid with the 1-litre engine will be targeted at customers who are looking for a slightly faster option. The AMT Kwid on the other hand will serve as an apt city car and given the popularity of the AMT transmission, Renault expects sales of the Kwid to double.

The Maruti-Suzuki Alto K10 and Alto AMT currently retail at Rs 3.36 lakh (ex-Delhi) and Rs 4 lakh respectively (ex-Delhi). Expect Renault to price the new Kwid variants close to that of the Altos. Renault may also showcase these new variants at the 2016 Auto Expo in Delhi. Watch this space for more.