Renault India has been aggressively expanding its dealer network and in three years has opened a total of 125 outlets. The latest addition to this  is the company's second outlet in Jaipur, Renault Jaipur West located at Gopalpura by-pass.

Renault Jaipur West is spread over 10,600 sq.ft and spans two levels with a capacity to display eight cars at a time. Renault has two service and spare part outlets in Jaipur and with the new sales establishment in operation, now covers the southern and western parts of the city. 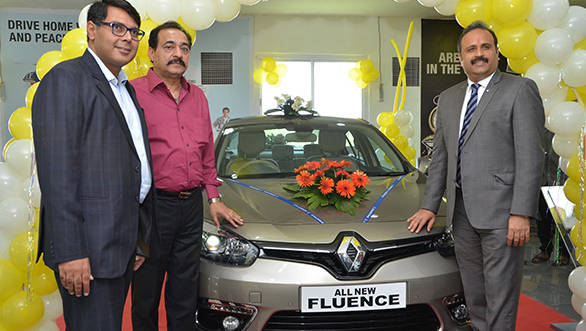 Renault now has a total of 16 outlets in the central zone (which covers Uttar Pradesh, Madhya Pradesh, Rajasthan, and Uttarakhand) and plans to increase the number to 25 by the end of the year. The company on a broader scale intends to take the total number of its outlets across the country to 175 by December 2014.

Speaking on the occasion, Sumit Sawhney, CEO & MD, Renault India said, "Network reach is vital in ensuring Renault's increasing visibility across the country and Rajasthan, Uttar Pradesh, Madhya Pradesh and Uttarakhand have all played key roles in Renault's success so far. With today's inauguration, we look forward to extending our presence in this important market as well as offer excellent brand experience for customers - from the very first test drive, to delivery and after sales".