Renault India boss Venkatram Mamillapalle has said that the firm will launch a sub-four-metre SUV in India by the second half of 2020. The Renault HBC SUV, as it is codenamed, will be based on the same CMF-A platform that underpins the Triber and Kwid.

The new SUV will likely share a lot of similarities with the Triber, and come at a price-point that undercuts the current range of sub-four-metre SUVs available in India. It will also get the same 1.0-litre three-cylinder motor as the Triber with 72PS and 96 Nm, paired with a five-speed manual. The Triber will also be offered with an AMT transmission in 2020, while a more powerful 1.0-litre three-cylinder turbo-petrol motor is being developed as well. We expect these to trickle down to the new SUV as well. Like with the Triber, expect a longer wheelbase and a wider track that the Kwid. There should also be good space and a competent features list. 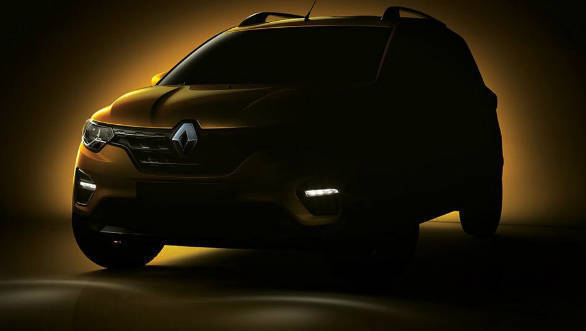 Further, Renault will also launch its range of BSVI-compliant models in 2020. The firm is following a petrol-only strategy for this switch and will discontinue the 1.5-litre K9K diesel motor currently available throughout its range. The Lodgy has already been discontinued, given that it was a diesel-only model. The Duster and Captur will also now be petrol-only. The BSVI Triber will be launched by January 2020.

These launches are in line with the company's goal of doubling sales volume to 150,000 units in three years. For this purpose, the company is also looking to aggressively grow its dealer footprint to further this goal. It wants to have 370 dealers from the 267 it has now.