Renault debuts in one-tonne pick-up segment with the Alaskan

With the rising popularity of pick-ups in the UK market, many car manufacturers are taking the plunge. And now Renault has unveiled the production version of the Alaskan pick-up with a towing capacity of 3.5 tonnes. Renault is betting big on the Alaskan as the pick-up market accounts for five million units worldwide annually, more than one-third of the world's LCV (Light Commercial Vehicle) sales. After making its debut as the concept in Paris last year, the Alaskan is the company's second pick-up following the half-tonne Renault Oroch sold in Latin America. With a manufacturing base in three areas - Cuernavaca, Mexico; Barcelona, Spain and Cordoba, Argentina - Renault will start sales of the Alaskan pick-up truck in Colombia, following its entry into other markets. 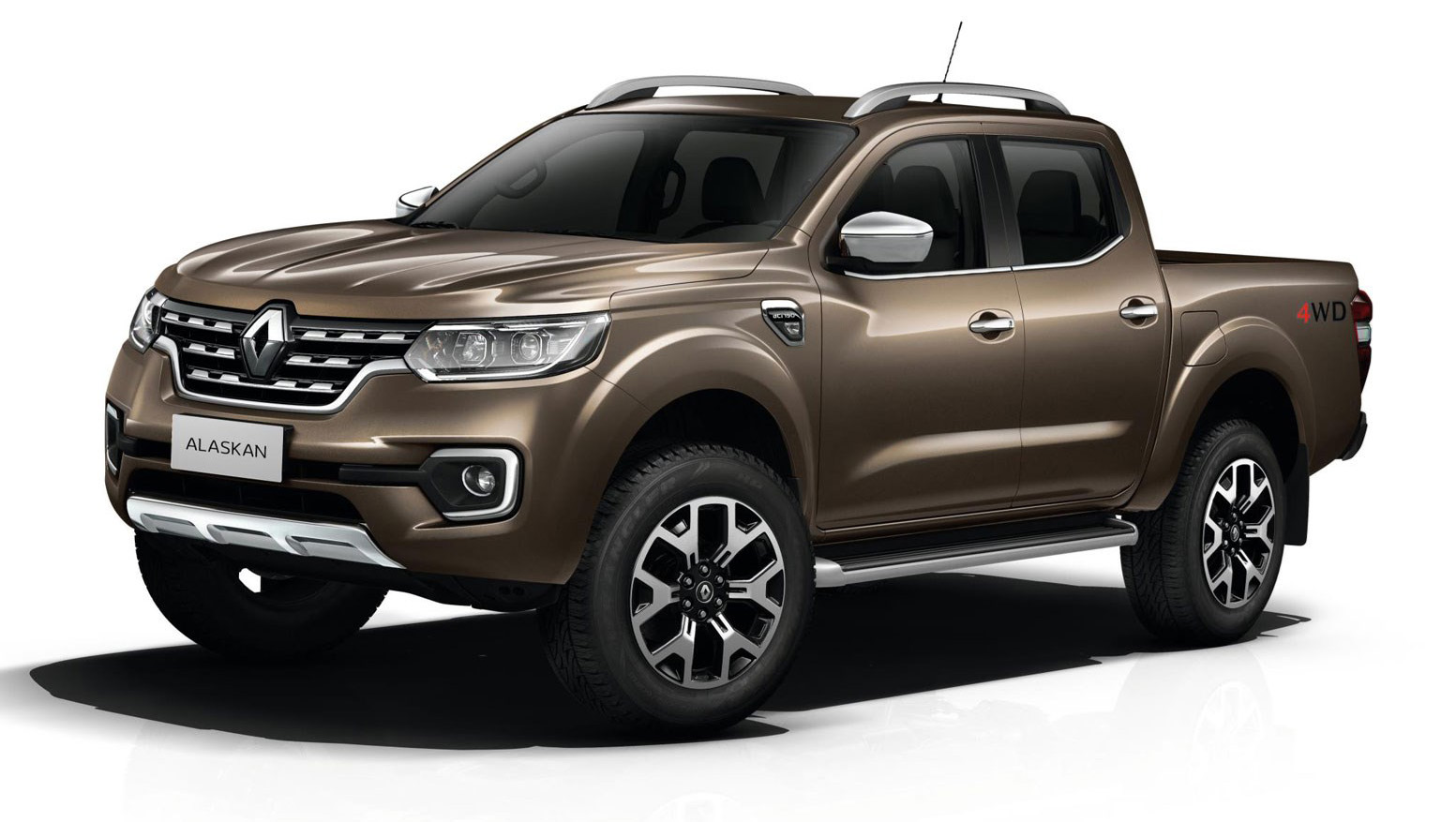 Why is it called Alaskan? Inspired by the word Alaska, which means great land, the pick-up conjures up wild, rugged landscapes and is an open invitation to indulge the desire for adventure, the car manufacturer explains in a release. The Alaskan was developed in France, Japan and Latin America taking global influence into account, which also means that the Alaskan may arrive to Asian markets. Based on Nissan's NP300 ladder-frame chassis platform, which will also underpin Mercedes' all-new pick-up truck, the Renault Alaskan will be offered in single-, double- as well as chassis-cab models. Depending on the model type, it will come with long or short loading beds in wide and narrow form.

The massive radiator grille, which has become the brand's new identity with sleek headlights, does hint at some inspiration from the new-generation Renault Koleos. The headlights come integrated with C-shaped daytime running lamps. The chrome-treated grille gets a gloss black background along with a chrome bar positioned between the grille and the bumper. The bonnet gets loads of muscular lines, also seen on the overall design. 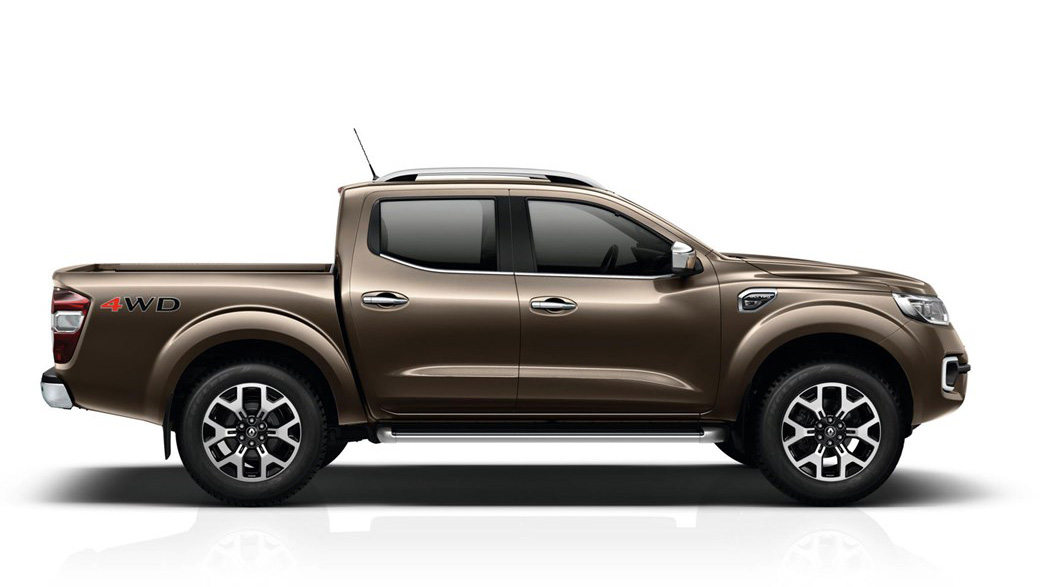 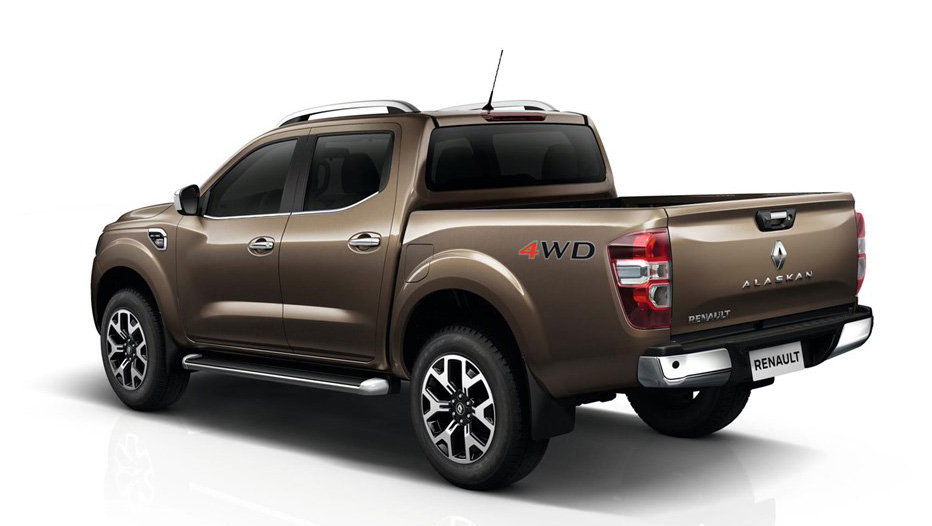 Even though Renault has not officially released the dimensions for the Alaskan, it surely has an imposing presence. The muscular wheel arches and a higher ground clearance of 230mm along with the diamond-cut alloys makes the side profile look more aggressive than the Nissan Navara. Renault will offer a choice between 21-, 16- or 18-inch alloy wheels depending on the variant.

The cabin of the Renault Alaska boasts of premium quality interior with four-, six- or eight-way power adjustable front seats. It will come with keyless entry, push-start button, five-inch 3D TFT instrument cluster, 7-inch touchscreen infotainment system with navigation and Bluetooth connectivity and 360-degree visibility with four cameras mounted on the front bumper, door mirrors and the tailgate, which will be a country specific option. The double-cab version of the Alaskan will come equipped with a new five-link rear suspension along with a 12V power supply mounted in the loading bed area. This will be in addition to a rear-locking differential, electronic limited slip differential, hill start assist and hill descent control.

Renault will offer the Alaskan with a 4-cylinder twin-turbo 2.3-litre motor that puts out 160PS and 190PS depending on the market it launches in. The pick-up will also be offered with a 2.5-litre diesel motor that makes 160PS and 190PS. The petrol variants will be powered by a 2.5-litre 160PS motor. All these powertrain options will come mates to a 6-speed manual or a 7-speed automatic transmission. Also on offer will be 2WD and 4WD options. Ashwani Gupta, VP and global head of Light Commercial Vehicles Business, commented, "We are now equipped to take our Global Growth Plan forward and fulfil the aspirations of business users and individual LCV customers across the world, thanks to an enhanced product line-up, new services and an upgraded customer experience."