Renault has announced the relaunch of the Koleos - one of the the first cars introduced by the French auto giant in India. While the technical specifications remain unchanged from the outgoing model, the new 2014 Koleos is set to come with a few aesthetic and convenience changes.

The new front grille and new alloys account for the aesthetic changes. The alloys are two-tone that give a distinguishing look. The chrome finish of the side protective strips adds a touch of elegance. A new 'ebony brown' paintjob has also been added. Some changes have also been made to the interiors as well. All-new brown leather upholstery matches well to the 'ebony brown' body paint. It also gets the R-Link system with a 7-inch touchscreen display. The R-link comes complete with navigation, radio, telephony, Bluetooth connectivity and audio functions. The 2014 Koleos also gets a reversing camera, hands-free card, Hill Start Assist and Hill Descent Control. Another new feature is the Blind Spot Warning (BSW) function which issues a visual alert whenever a vehicle is detected in the blind spot and assists safe overtaking. A Bose audio system serves as the icing on the cake. 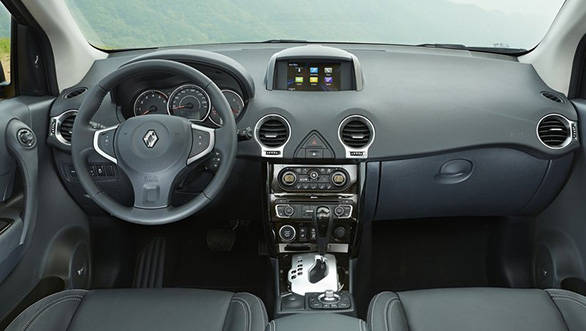 The 2014 Koleos also gets a reversing camera, hands-free card and a Bose audio system

The heart of the Koleos is a 2-litre M9R 855 diesel engine that delivers 150PS and 320 Nm of torque. This engine is mated to a 6-speed automatic transmission. Steering Mounted Audio Controls, ABS with EBD, 6 SRS Airbags, side and curtain airbags, front Anti-whiplash Headrests are some other features on the Koleos.

Currently, the Koleos carries a price tag of Rs 23.99 lakhs (ex- showroom Delhi). The 2014 model is expected to be launched by the end of this year. 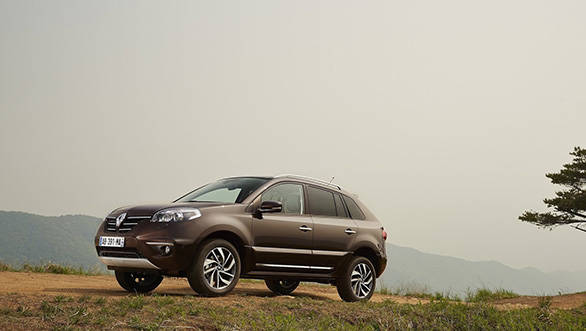 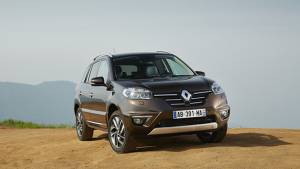