The Red Bull FMX Jam was held today at the Gateway of India where  Mumbaikars were left amazed by some spectacular, freestyle motorcycle stunts by Red Bull athletes. Robbie Maddison, Alexey Kolesnikov and Tom Pages were undoubtedly the stars of the show, enthralling everyone assembled at one of Mumbai's most iconic tourist spots. The trio were joined by other Red Bull freestyle motorcycle athletes- Martin Koren, Radek Bilek and Julien Vanstippen. 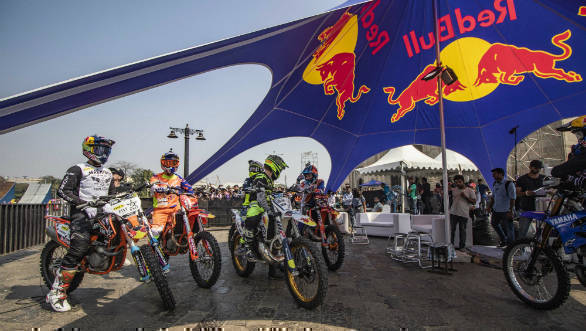 Held in the enclosure that surrounds the Gateway, the riders performed some mind boggling, mid-air stunts while jumping from one ramp to the other. There were backflips, sideways glides and what have you. Some of them, including veteran Robbie Maddison also were off the bike's seat, mid-air, in a daring display of guts, skill and finesse. 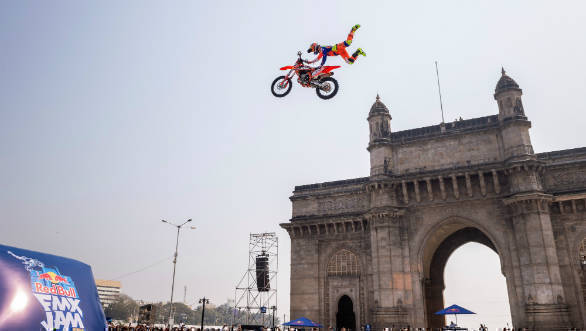 The performance was divided into three session with the danger and complexity of the stunts increasing with each session. There was a time when all six riders flew off the ramp, in succession, performing their favourite stunt before landing on another ramp. 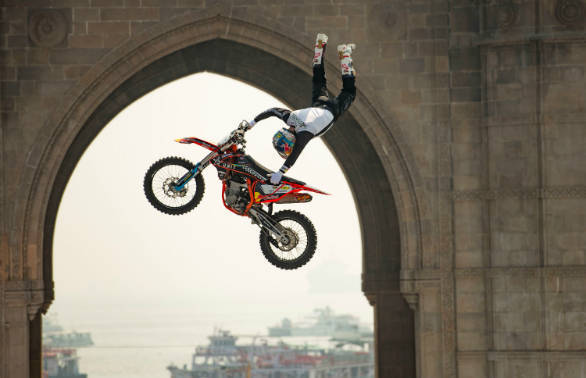 Tom Pages was amazed by the reception that the Red Bull freestyle riders got, some whom, including him, being first time visitors to India. " I really enjoyed my first visit to India. Mumbai city is so vibrant and I am so happy with all the encouragement and support I've received from Red Bull." 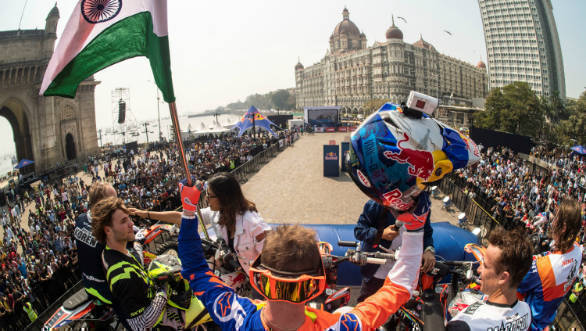 Robbie Maddison, who has been doing this for a decade and a half, was equally thrilled about performing in Mumbai. He was encouraged young riders to take up the sport, albeit step by step and with the requisite training. In all, it was a fun day at the Gateway, where India got a chance to witness some of the most gifted and fearless freestyle riders in action.