Rebellion Racing launched their World Endurance Championship contender the R-One on the May 1 at the Circuit de Spa Francorchamps where it will compete at the Six Hours of Spa.

The car was designed and built by ORECA for REBELLION and is powered by Toyota. REBELLION raced it's 2013 car the Lola-Toyota at the first race of the season, the Six Hours of Silverstone. Soon after, they began building and testing the R-One at the Paul Ricard circuit. 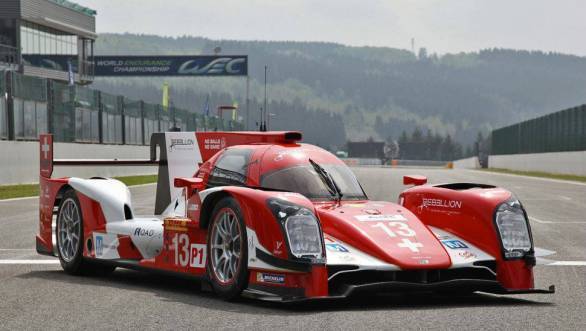 The Swiss team will compete in its own LMP1-L sub-category this season which is designed to attract more privateer teams. A top tier that is otherwise dominated by the 'big three' manufacturer entries from Audi, Toyota and Porsche.

The team, led by Bart Hayden is viewing the Six Hours of Spa as a development race in preparation for the third round; the 24 Hours of Le Mans. Hayden said, "Just getting to Spa with two new cars is already a massive achievement for the team. Everyone has given everything that they have to get these cars ready and I'm very proud of the work ethic and professionalism of everyone that has been involved".

He went on to say, "Our expectations for the race are quite modest, we anticipate new car teething problems, but we considered it to be crucial to be at Spa to give ourselves the very best preparation for Le Mans.  We start a new chapter for the team this weekend and we hope that it will be a great continuation of what has already been a fantastic story for REBELLION Racing".

Nicolas Prost, Nick Heidfeld and Mathias Beche will drive the no. 12 car, while Dominik Kraihamer, Andrea Belicchi and Fabio Leimer will be driving the no. 13 sister car. 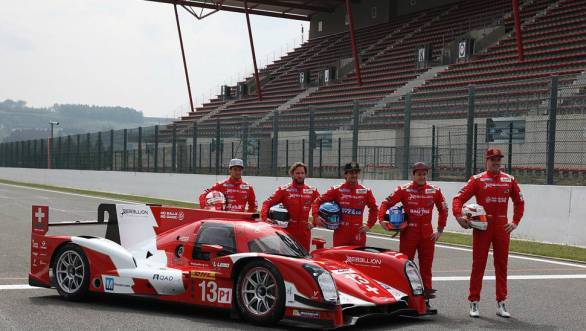