Soon after the Jaguar F-Pace SVR was shown to the public, spy images have surfaced of the Range Rover Velar SVR being put through its paces at the Nurburgring. 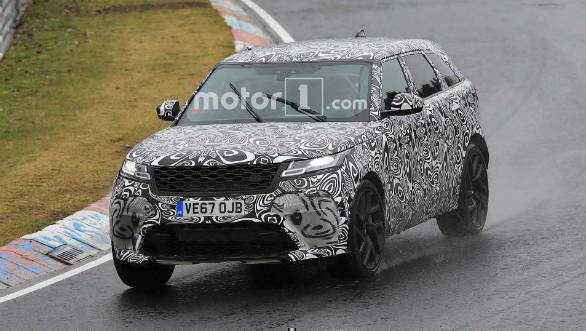 The images of the camouflaged car show it to have a more aggressive front bumper, a blacked out front grille with the lower portion being a lot more prominent now. The rear now has quad exhausts. The pictures also show the car to have larger, wider, lower profile tyres. The changes are subtle and quite hard to differentiate at this stage from the standard Velar. 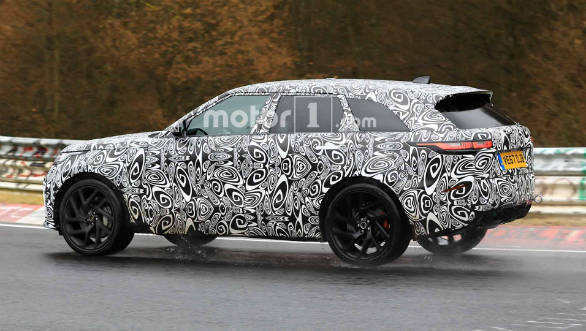 Mechanically, the Range Rover Velar SVR will be most likely be offered by the 5.0-liter supercharged V8 that does duty in other SVR-badged cars from Jaguar Land Rover. Given that the Velar and F-Pace are similar mechanically, we expect the Velar to also be powered by the 550PS and 680Nm version of this engine. The F-Pace SVR gets other changes like uprated spring and dampers, a new anti-roll bar, new lightweight forged alloy wheels, while larger, lightweight brakes, a new active exhaust system and the active differential from the F-Type. Most of these should also be present on the Velar SVR as well. 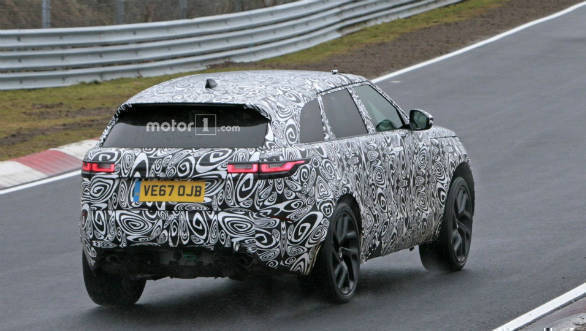 When launched, the Velar SVR will follow in the footsteps of the Range Rover Sport SVR, but in a more compact, stylish and road oriented package. The Velar SVR should provide for spirited on-road performance but with all the luxury, tech and off-roading prowess of the standard car intact. The Range Rover Velar SVR will compete with the Mercedes-AMG GLE63, the Jaguar F-Pace SVR and the Porsche Macan Turbo when it launches by the end of this year.