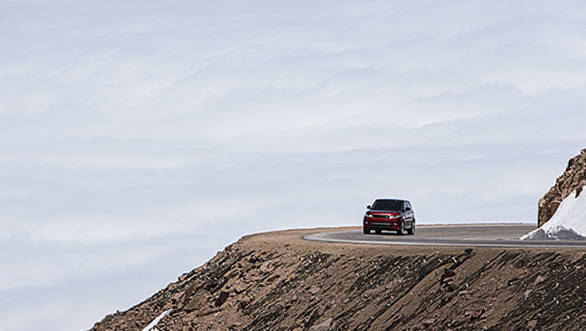 The 2014 Range Rover Sport set a new record for the fastest production SUV on the Pikes Peak International Hill Climb course, the company said on Thursday. It finished the 19.98 km Colorado course in 12:35.61. The SUV sustained an average speed of 95.23 kmph on the course.

The Pikes Peak course goes through 156 corners as it ascends beyond the treeline from 9,390 feet above sea level to 14,110 feet. At that altitude the air contains only 58% of the oxygen it does at sea level, diminishing engine performance and blunting human physical and mental performance.

The record-setting Range Rover Sport was the top-of-the-line variant armed with a 510PS 5.0-liter V8 engine. 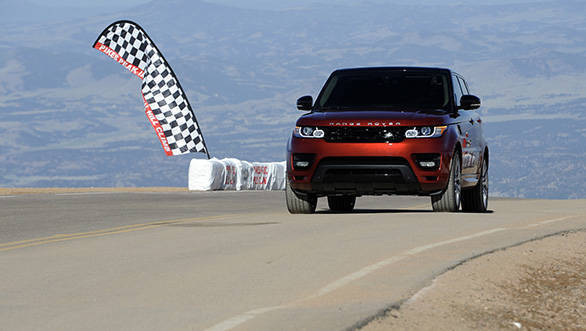 "There's no margin for error at Pikes Pike  you only need to misjudge one of those 156 turns and you're into the trees or over the edge of the mountain. To take on this place the way I did today, you need complete confidence in your vehicle, and the Range Rover Sport sure gave me that  it's fast, responsive and agile. This is a hugely capable vehicle and I'm proud to have been part of demonstrating that by setting a new Pikes Peak record," Dallenbach said in a statement to Land Rover.

The New Way with the Tata Nexon EV and the...
Advertisement