The 2018 Rainforest Challenge moved to a new, more challenging location deep in the Goan forests for its fifth day, July 26, in the week-long event. Jagat Nanjappa with co-driver Chetan Chengappa, of V5 Offroaders Coorg maintained their lead at the end of the day's proceedings. Their points tally stood at 1614 points out of 2100, helped by them being top scorers on two stages. 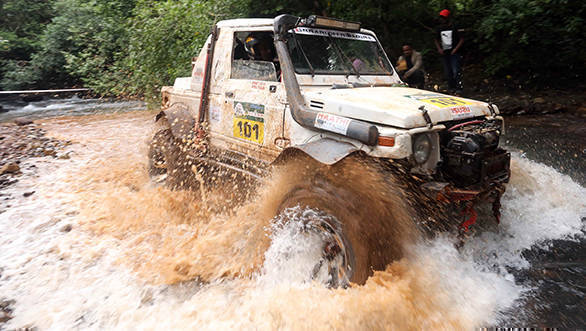 The day had seen special stages (SS) 18 to 21 being conducted. Following Nanjappa in the championship were defending RFC India Champion Gurmeet Virdi (co-driver Kirpal Singh Tung) from Chandigarh, who also held onto his second position in the points table with 1490 points. Malaysian driver Mervyn Lim (co-driver Alex Tan), who is driving for Team G.O.A. Fairmont, climbed one spot up to claim the third position with 1411 points. Interestingly, if Virdi manages to close the gap with Nanjappa, he will be en route to his third straight RFC win.

SS20 was the shortest but also the most challenging stage of the day. A boulder patch put five competitors out of business, all in a 20 metre stretch. SS19 would have been the simplest for the day. A winch up a water pit and a tight turn between two speed runs covered it. But a tyre change made things interesting. 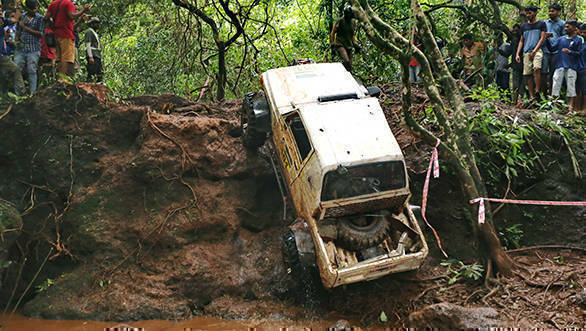 SS18 was the first stage in which drivers faced the test of having to winch themselves down. SS21 though was the most dramatic to watch. It combined a lot of off-roading skills with water wading, winching up a vertical rock face and negotiating inclines in the dense cover.

Second placed Gurmeet Virdi of Gerrari Offroaders said yesterday's performance substantially helped him gain some ground. They were now trying to reduce the gap between them and the leader. Their aim for the day had been to not get a DNF in any stage but SS20 was a tough one and they could not finish it within the 15 minutes time limit. He went on to say that there were five more Special Stages over the next couple of days before the competition ends and they are going to give it their best shot. 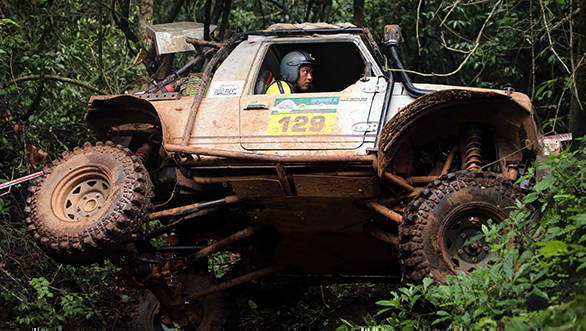 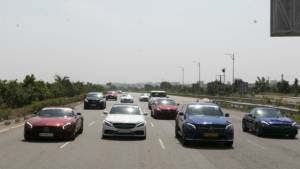 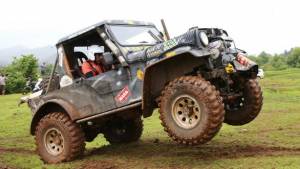