BMW has taken the wraps off its most-awaited, and possibly most controversial, new cars of the year. The BMW M3 sedan and M4 coupe enter their sixth generation with this overhaul. Aside from the looks, other highlights are a standard six-speed manual, a Competition version with more power and an AWD version for the latter coming next year. 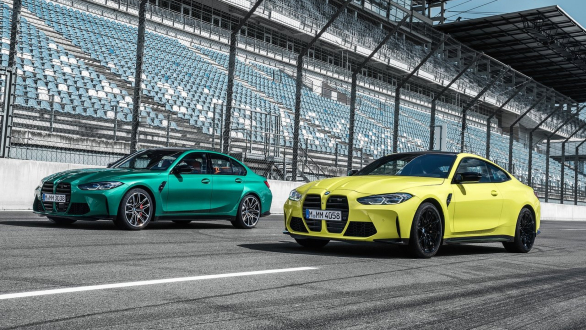 The addition of the full-face kidney-grille to the M3 means that for the first-time in its 35 year history the M3 differs visually from the 3 Series. Of course, this grille is functional and houses large air intakes to cool the engine. Other differentiators over the standard 3 Series and 4 Series are the sharply-cut front bumpers with the large air intakes, beefier wheel arches with air curtains, a new bonnet design that mimics the vertical grille, carbon-fibre roof, prominent side sills, a boot lip and a chunky rear diffuser with quad tail-pipes for the exhaust system. Finally, there are staggered R18 and R19 wheels front and rear, new paint options and a range of M performance parts. Dimensionally, the M3 is 85mm longer, 75mm wider and 2mm lower than the 3 Series. The M4 is 24mm longer, 40mm wider and 10mm taller than the 4 Series Coupe. 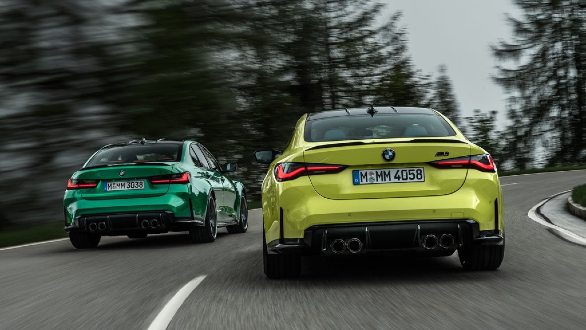 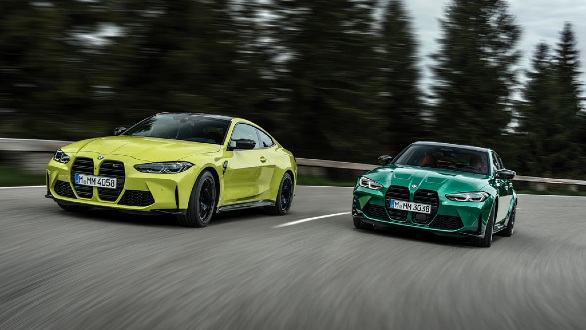 To handle the added performance bracing elements have been added to the engine compartment and underbody while the front and rear subframe have been further stiffened.

The engine has been derived from the B58 but features optimised direct injection, better cooling for track use, and a new exhaust system with electrically operated flaps. 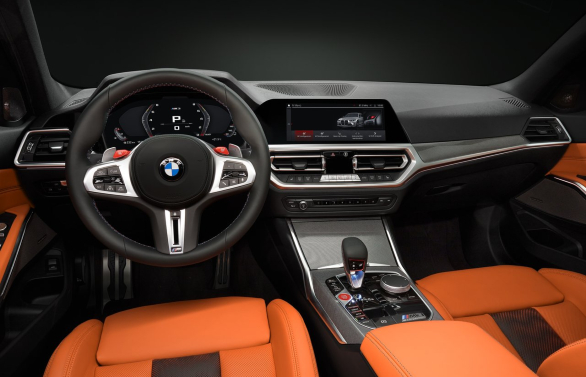 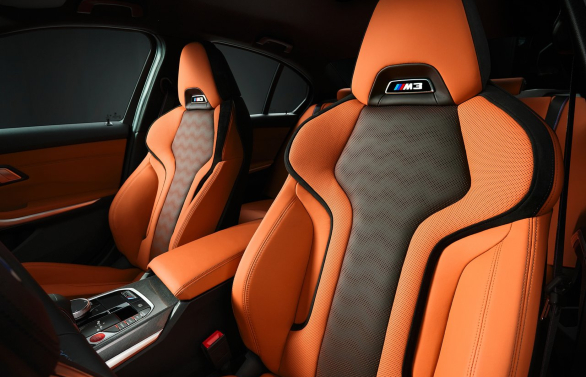 In keeping with the latest M cars' wide range of adjustability, there are three modes for gearbox, two for the brakes, and an adaptive air suspension set up. There is even a 10-step stability control system now available. The steering rack is a variable ratio set up while in the upcoming AWD Competition versions there will be a rear-wheel-drive mode which turns off the traction control system, aka a drift mode. These models will also get larger R19/R20 wheels.

On the inside there are M-specific displays and controls, new M seats and leather upholstery, a range of features and the M buttons on the steering wheel. Aside from changing to your preferred setting in one touch, these also reconfigure the instrument cluster, driver-assiatance systems and HUD according to Road, Sport or Track use. New here is the M Drive Professional, this brings with it a drift analyser, a lap timer and the staged traction control system. An optional M track package cuts 25 kg in weight with specific carbon ceramic brakes, light-alloy wheels and carbon seats.

The new gen BMW M3 and M4 will go on sale internationally in early 2021, with an India launch expected after that.